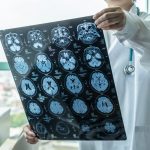 (NaturalHealth365)  Are COVID shots and prolonged mask-wearing increasing the incidence of serious and potentially fatal brain infections, especially among kids who are forced to cover their faces all day with unclean facial coverings?

Anecdotal evidence from several neurologists – the kind of evidence that is essential for identifying safety signals and triggering the need for further investigation – suggests yes.

On his Substack, entrepreneur and philanthropist Steve Kirsch – who has been accused of spreading “misinformation” throughout the COVID-19 pandemic and is certainly no stranger to controversy – recently shared several alarming stories from neurologists, ER doctors, and neurosurgeons about a concerning uptick in brain infections.

These doctors (all unnamed, presumably for privacy reasons) share a common message: that there is a plausible link between rising brain infections and the excessive, inappropriate mask use that public health officials have been demanding of American citizens.  The COVID shots, boosters, and even the COVID test (which requires a large swab to be stuck deep into a person’s nasal cavity) could also contribute.

One ER doctor, Kirsch shares, wrote to him that “so many patients were coming into the clinic with ‘sinusitis’… I said I thought it was the masks, but everyone shrugged it off.  [But] we know that anytime there is obstruction of normal outflow from the body, bacteria tend to colonize that area.  And in a few unlucky people, an infection can spread.” The doctor also alludes to the unusual demographics of some of his unfortunate patients with brain infections (young and healthy) when he says, “I have never [before] seen a brain abscess in someone who was not immunocompromised or an IV drug user.”

Kirsch also claims a pediatric neurosurgeon from the Midwest wrote to him that “it is raining intracranial infections here” and that they have treated up to 12 since October 2021 alone.  “This is weird as it’s the wrong season for them.  We get them in spring and only a sprinkling of them.  ENT is having a similar issue with severe sinusitis in kiddies.  We asked [Infectious Disease], and they just shrug their shoulders.”

Another neurosurgeon said she operated on five kids with brain infections in one month – where usually she sees only one of these cases per year.

Read through more firsthand accounts shared by Kirsch.  Then, decide for yourself: are these accounts valid and worthy of further investigation?

Brain infections are typically rare, but early treatment improves outcomes – here are the signs and symptoms to look out for

A brain infection (also known as intracranial infection) usually develops when viruses, bacteria, fungi, or parasites get into the brain or surrounding tissue and cause infection.  Infections can easily lead to brain abscesses, which are areas of swelling and pus.  These infections can cause severe and potentially irreversible brain damage or even death, in part due to the associated swelling and inflammatory response in the brain (encephalitis).

In addition to medication, the surgical procedure craniotomy – in which part of a person’s skull is removed so that surgeons can see and access a person’s brain – is considered one of the best treatment methods for this dangerous condition.

In recent decades, the incidence of brain infections has remained relatively low, with an estimated rate of 0.3 to 1.3 cases per 100,000 per year, or fewer than 2,500 cases annually in the United States.  Hopefully, this incidence rate will not rise, given the recent mass immunization program launched in the U.S. and elsewhere.

And though the risk of you or someone you know developing a brain infection is low, it’s still important to know that early treatment can improve outcomes – so being able to recognize the warning signs and symptoms could prove lifesaving.

The signs and symptoms of brain infection to look out for include:

Other conditions, including potentially serious ones like stroke, can also cause these symptoms, and all should be treated as a medical emergency.  Call 911 immediately if you or someone you know develops these issues.

(NaturalHealth365)  First, it was menstrual problems, and now, it’s current and future END_OF_DOCUMENT_TOKEN_TO_BE_REPLACED