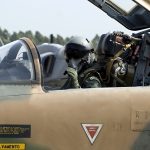 (NaturalHealth365)  In a historical testimony, an attorney from the United States recently presented data and frontline information from a group of whistleblowers hailing from the U.S. Department of Defense (DoD).

The revelations include alarming safety signals about the mRNA COVID shots from Pfizer and Moderna, including a disturbing increase in miscarriages and other adverse effects associated with these drugs.

During a January 24, 2022 panel convened by Senator Ron Johnson, attorney Thomas Renz spoke on behalf of America’s Frontline Doctors as well as a group of whistleblowing military doctors, stating that the U.S. government is ignoring serious safety signals concerning the COVID shots being forced on the men and women who are serving our country.

“Our soldiers are being injured, experimented on, and sometimes possibly killed,” Renz says bluntly.

DoD whistleblower and senior U.S. Army flight surgeon Lt. Col. Long – testifying under oath and the protection of the Military Whistleblower Protection Act – also reported that she has had to ground vaxxed American military pilots due to concerning myocarditis symptoms, which could lead to fatal heart failure in-air.  However, her measures and concerns were “ignored” by the military.

By the way, THIS is how long it takes for new evidence-based findings to get put into clinical practice

To the people paying attention, there continues to be new data, reports, and findings that directly call into question the actual safety and efficacy of these mRNA COVID shots.  Much of this news is suppressed, downplayed, or smeared by mainstream media and “public health” officials.

Of course, another age-old tactic is to smear the scientists and medical experts who are reporting these findings, as well as the public figures who dare offer a platform for this information to be shared (just look at what’s happened to people like Dr. Peter McCullough, Dr. Robert Malone, and podcaster Joe Rogan, who currently pulls in a larger audience than CNN).

But the critically thinking person should quickly come across this question: if the American public should be so quick to discredit highly published and experienced experts like Dr. Malone and Dr. McCullough, or even whistleblowers such as U.S. military doctors, why should the public so blindly trust the other experts beloved by the news?  And if appeals to authority are widely recognized as logical fallacies anyway (which they are), then why are people being shamed and criticized for challenging experts in the first place?

Keep this in mind as you make informed decisions for yourself and your family’s health.  There’s nothing wrong with seeking out sources and providers you trust, but don’t let anyone gaslight you into believing that asking questions is somehow wrong or “anti-vax.” Keep an open mind, invite skepticism, and trust your instincts.

Now is also a good opportunity to mention a commonly reported fact:

It takes an average of 17 years for new evidence-based findings to be put into clinical practice.  As one 2015 paper from BMC Psychology puts it, “Even this dismal estimate presents an unrealistically rosy projection, as only about half of [evidence-based practices] ever reach widespread clinical usage.”

In other words, the data being discovered now about potential safety concerns with the COVID shots could take decades to fully come to light and induce change in public health measures.  This is compounded by the fact that the COVID shots were rapidly created, clinical trial data has not been fully released, and mRNA technology has never been used like this before on humans.

And people who have legitimate concerns and questions about these shots should just be pigeonholed as “anti-vax”?

Stay vigilant.  Watch how media and government officials try to control the narrative.  Take care of yourself.  You’re not crazy for being curious.

(NaturalHealth365)  Is the COVID shot necessary for kids?  We know most people END_OF_DOCUMENT_TOKEN_TO_BE_REPLACED

(NaturalHealth365)  As Big Pharma rolls out one COVID booster after another, a END_OF_DOCUMENT_TOKEN_TO_BE_REPLACED