Brighten your mood with this promising nutrient 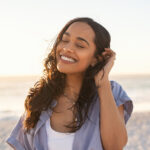 (NaturalHealth365)  A bout of depression, characterized by feelings of hopelessness and fatigue, can cloud the outlook of even the most resilient individuals.  Unfortunately, the condition is far from rare.  According to the National Institutes of Health (NIH), 21 million adults in the United States suffered at least one major depressive episode in the year 2020 alone.

While Western medicine attempts to treat depression with pharmaceutical drugs such as selective serotonin reuptake inhibitors (SSRIs), not everyone responds to treatment.  In fact, a team of researchers at Harvard University concluded that a discouraging 40 to 50 percent of depressed patients don’t achieve an “adequate response” after initial treatment.  However, a natural compound known as SAM-e may help elevate mood.  A recent review published in the Annals of General Psychiatry highlights the ability of SAM-e to boost mood in depressed patients – whether used alone or in conjunction with other treatments.  What exactly is SAM-e, and how does it work?  Let’s take a look.

Produced in the liver from ATP (the “energy” molecule) and the amino acid methionine, S-adenosyl methionine exists in every cell of the body.  Through a process known as methylation, SAM-e triggers many important reactions – including boosting levels of glutathione, the body’s premier antioxidant, and detoxifying enzyme.  In addition, it helps to activate serotonin and dopamine – neurotransmitters vital for a stable mood, effective learning, normal appetite, and restful sleep.

Incidentally, SAM-e doesn’t work in quite the same way as SSRIs.  While SSRIs are intended to prolong the calming effects of neurotransmitters by blocking their reuptake, SAM-e takes things a step further.  As a methyl donor, SAM-e contributes part of its own chemical makeup to build neurotransmitters – a nifty (and beneficial) trick.  Research on the mood-boosting effects of SAM-e gained steam after researchers discovered that depressed patients appear to have significantly lower levels of SAM-e in their spinal fluid.

To conduct the review, the authors examined eight trials involving over 1,000 participants with major depressive disorder.  They reported that SAM-e appeared to increase the effectiveness of SSRIs, leading to improved scores on the Hamilton Depression Rating Scale.  In addition, SAM-e appears to make antidepressants work more quickly, shortening the frustrating period that patients must wait before relief is felt.  And – more good news – SAM-e reduces the dosage needed, thereby potentially decreasing unwanted side effects.  The scientists concluded that SAM-e, whether used alone or in conjunction with other treatments, yielded “encouraging and generally positive results.”

Jonathan Alpert, M.D., associate professor of psychiatry at Harvard Medical School, also lauds the effectiveness of SAM-e, saying that it is particularly useful when used along with standard SSRI antidepressants in people who aren’t fully responding to them.  “Often people are more willing to take dietary supplements (than prescription drugs),” Dr. Alpert added.

Osteoarthritis, a degenerative joint condition that causes pain, swelling, and loss of flexibility, affects over 32.5 million American adults.  While many people turn to NSAID drugs such as ibuprofen to address the discomfort, these can feature unwanted side effects – including nausea, stomach cramps, diarrhea, liver damage, and heightened risk of heart attack or stroke.

SAM-e, with a strong safety profile, has been shown in studies to work as well as ibuprofen to reduce pain and improve mobility.  Researchers report that this versatile compound can also help to ease inflammation and even promote the growth of new joint cartilage.

If you opt to supplement with SAM-e, natural health experts advise using a high-quality formulation from a reputable vendor.  Natural healers typically advise amounts ranging from 400 mg to 1,600 mg a day.  However, don’t use SAM-e to address depression – or any medical condition – unless you are under the guidance of a qualified health professional.  Experts also note that people with symptoms of mania and/or bipolar disorder should not take SAM-e unless specifically advised by their doctor.

SAM-e has a good safety profile, with researchers noting that side effects – such as digestive upset, nausea, and anxiety – are infrequent and tend to be mild.

Incidentally, S-adenosyl methionine is also being studied for its potential to improve liver health and ease cognitive decline.  With studies currently underway, it seems likely that more of this nutrient’s exciting possibilities will be revealed.

(NaturalHealth365)  Every 34 seconds in the United States, somebody dies of heart END_OF_DOCUMENT_TOKEN_TO_BE_REPLACED

(NaturalHealth365) You’ve probably heard that too much sugar harms your health.  Sugar END_OF_DOCUMENT_TOKEN_TO_BE_REPLACED