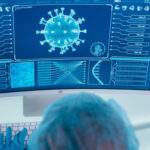 (NaturalHealth365)  Blanket statements like “follow the science” suggest that one should abide by governmental public health recommendations without question.  Notably, individuals who make such statements tend to do so with an air that implies anyone who questions or declines “official” recommendations is, at best, worthy of derision and, at worst worthy of social ostracizing.  But when an esteemed peer-reviewed journal like BMJ gives a voice to dire concerns about COVID jab clinical trial data, or lack thereof, then you know it’s neither conspiratorial nor “fringe” to have your reservations!

The reality is that science is dynamic and evolves.  New information – often hidden behind a paywall – can be unearthed months or even years later regarding the true safety and efficacy of products within a wide range of industries, from pharmaceuticals to agriculture.  For this reason, we applaud anyone who calls for greater transparency now from pharmaceutical companies and the government agencies who support them.

Researchers write “Open letter to the CEOs of Pfizer and Moderna,” calling for “transparency, reproducibility, and replication” of clinical trial data

The BMJ recently published a powerful letter to Albert Bourla (Pfizer CEO) and Stéphane Bancel (Moderna CEO).  The letter was written by an international team of researchers who criticized Bourla and Bancel for withholding data from their COVID vax clinical trials.  Their criticism comes within the critical context of their own alarming research on “the safety of mRNA covid-19 vaccines.”

“Today (August 31), our study of serious adverse events in the Pfizer and Moderna phase 3 covid-19 vaccine trials was published in the peer-reviewed journal Vaccine.  The results showed the Pfizer and Moderna both exhibited an absolute risk increase of serious adverse events of special interest (combined, 1 per 800 vaccinated), raising concerns that mRNA vaccines are associated with more harm than initially estimated at the time of emergency authorization” (emphasis ours).

“We acknowledge that our estimates are only approximations because the original data remain sequestered,” the researchers continue (emphasis ours).  “For example, we could not stratify by age, which would help clarify the populations in which benefits outweigh harms.  A more definitive determination of the actual harms and benefits requires individual participant data (IPD) that remain unavailable to research investigators.”

The researchers urge that Pfizer and Moderna release their clinical trial data immediately and call for “transparency, reproducibility, and replication.”

“Covid-19 vaccines are now among the most widely disseminated medicines in the history of the world,” they say.  “Yet, results from the pivotal clinical trials cannot be verified by independent analysts.  The public has a legitimate right to an impartial analysis of these data.  COVID vaccinations have cost taxpayers tens of billions of dollars, perhaps even rivaling the annual NIH budget for all aspects of biomedical and behavioral research.”

Here’s a wild idea: taxpayers should be able to access, read, and share research that their hard-earned dollars help fund.  The current precedent, however, is that a significant number of these federally funded clinical trials are hidden behind hefty paywalls.

In a memorandum dated August 25, 2022, Dr. Alondra Nelson, acting head of the White House’s Office of Science and Technology Policy, called for federal agencies “as soon as possible, and no later than December 31, 2025, to make publications and their supporting data resulting from federally funded research publicly accessible without an embargo on their free and public release.”

“The American people fund tens of billions of dollars of cutting-edge research annually,” Nelson said in a news release about the policy change.  “There should be no delay or barrier between the American public and the returns on their investments in research.”

We applaud any effort by government officials and private scientists alike to make science more accessible to the people impacted.

(NaturalHealth365)  The Wall Street Journal (WSJ), an organization that reports the news, END_OF_DOCUMENT_TOKEN_TO_BE_REPLACED