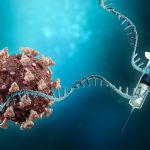 (NaturalHealth365) Thousands of women report unusual menstruation cycles after receiving COVID shots or simply being around others who have.  A number of teenage boys fall ill (post-jab) with a type of heart inflammation called myocarditis.  Case reports of rare but potentially deadly cases of Guillain-Barre syndrome are now being documented among jab recipients, and a growing number of studies report an association between COVID shots and other neurological complications.

What could explain the correlation between these frightening health outcomes and the highly publicized experimental drugs?  We now have newly leaked data from Pfizer that could illuminate this important question.

Immunologist: “We made a big mistake” regarding COVID shots; leaked data from Pfizer exposes plausible cause of COVID jab side effects

Dr. Byram Bridle is a viral immunologist and associate professor at the University of Guelph, Ontario.  He recently sat down for an interview with Canadian broadcaster Alex Pierson about some “scary” new data, shedding some light on the possible cause of COVID jab side effects.

To put it bluntly:

This realization came to light after a confidential study from Pfizer recently leaked online.  In it, the data reveals that – far from remaining near the injection site like “traditional” shots – the spike protein from the experimental mRNA shot enters a person’s bloodstream.  This allows the protein to spread throughout the body and accumulate in various organs and tissues, including the ovaries, uterus, spleen, heart, bone marrow, lungs, and blood plasma.  (A silver lining? Most of this protein appears to end up in the liver, the body’s natural detoxification organ.)

In any case, this accumulation, Dr. Bridle says, appears to have a potential tissue-damaging effect, and is a plausible explanation for the increasing reports of blood clots, heart inflammation, menstrual irregularities, and more among people who received these jabs.

“We thought the spike protein was a great target antigen,” Bridle explains, arguing that “we never knew the spike protein itself was a toxin and was a pathogenic protein.  So, by [injecting people with these mRNA shots], we are inadvertently inoculating them with a toxin.”

This data isn’t without precedent.  Animal research, including a December 2020 study published in Nature Neuroscience, reveals that the SARS-CoV-2 spike protein can cross the blood-brain barrier.  Additional research shows that animals injected with the spike protein developed cardiovascular problems.

To hear the immunologist’s concerning insights in full, you can watch the full interview below:

By the way, don’t let anyone gaslight you about this important point

As more and more adverse effects following these jabs make it to the headlines, many in the media are trying frantically to shift the narrative surrounding these drugs.  For example, in April 2021, the major news organization Reuters published a “fact check” article claiming that, among other things, it is “not true” COVID shots are experimental.

However, the U.S. Food and Drug Administration (FDA) itself has formally and frequently referred to these shots as “investigational.”  And in an October 2020 publication from the FDA titled “Understanding the Regulatory Terminology of Potential Preventions and Treatments for COVID-19,” they state clearly that “[a]n investigational drug can also be called an experimental drug.”

All of these COVID shots are currently considered experimental medical injection, so long as they remain under the auspices of an Emergency Use Authorization (EUA).  And given that millions of people around the world are now participating in a mass drug trial, drugmakers and policymakers must be held accountable and ensure that due diligence is being taken to protect the well-being of the public they claim to serve.