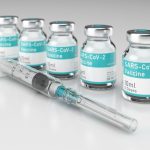 (NaturalHealth365) Along with United States public health officials, the mainstream media have been quick to laud Israel for its “successful” rollout of the COVID injection program.  According to Health Affairs, half of the country’s population was fully jabbed as of March 15, and at least 60 percent of 9 million Israeli citizens had received at least one dose.

But Israel’s decision to effectively force all citizens to receive the experimental COVID shots has been called into serious question by human rights activists, and a recent petition filed against the government alleges that the country’s Prime Minister and Minister of Health — in cahoots with Big Pharma powerhouse Pfizer — are brazenly violating the infamous Nuremberg code.

Lawyers and human rights activists, Arie Suchovolsky and Ruth Machnes recently filed a petition to the International Criminal Court against the Israeli government.  The claim?  Prime Minister Benjamin Netanyahu and Israeli Minister of Health Yuli Edelstein violated the Nuremberg code by making a deal with pharmaceutical giant Pfizer in order to impose egregious demands on their constituents — notably, get the shot or be barred from participating in commerce and social activities.

As PBS reported in January of this year, Israel “struck a deal” with Pfizer by promising to share “medical data” in exchange for a “continuous flow” of the experimental drug.  Around the same time, Israel also famously launched a “Green Pass” for its citizens.  This unbelievably ominous legislation forces people to carry papers (digital or otherwise) proving they received the experimental mRNA shot from Pfizer to mobilize freely among their community.  While shops, malls, and museums were open to all, only people who agreed to the jab (and could prove they got it) would be able to go to theaters, music venues, hotels, restaurants, and bars.

NOT eligible for the so-called “Green Pass” are people who have recovered from COVID-19 and therefore are presumed to have naturally acquired immunity.  (Authorities still don’t know for sure how long so-called “immunity” lasts following a COVID shot and whether it’s significantly longer than immunity from natural infection; best estimates from Pfizer suggest their drug “works” for at least 6 months).

The problem, the human rights activists say, is that this clearly violates Israeli citizens’ informed consent and essentially forces people to participate in a nationwide medical experiment, lest they face “second class” treatment and the inability to participate in day-to-day activities.  The mandated drug has yet to be approved for use by any governing body.

You can listen to a heavily de-platformed interview about the petition with Suchovolsky and Machnes here … the interview is called, “The Whistleblower Newsroom – 04.23.21.”

A look back in history: 3 quick things to know about the famous Nuremberg Code

Called “the most important document in the history of the ethics of medical research” by the New England Journal of Medicine, the Nuremberg Code is experiencing a resurgence as the COVID shot rollout continues across the globe.  Here are three things to know about this important code:

Now, just think about how the COVID shot program has been going.  Are nurses and doctors taking the appropriate steps to ensure the “quality of consent” for all injection recipients?  Are people — including Israeli citizens — able to exercise “free power of choice” when deciding whether to get the COVID shot, or are jab recipients facing coercion, force, duress, and constraint?  Isn’t the very idea of a “Green Pass” a clear example of constraint and coercion?

But, the most important question is this: will more people stand up to these examples of dangerous government overreach?

(NaturalHealth365)  As Big Pharma rolls out one COVID booster after another, a END_OF_DOCUMENT_TOKEN_TO_BE_REPLACED

(NaturalHealth365)  According to the American Cancer Society, “There is no information that END_OF_DOCUMENT_TOKEN_TO_BE_REPLACED