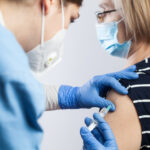 (NaturalHealth365)  Listen to the mainstream media, and you’ll be convinced that the COVID jab is 100% safe and effective.  Dig a little deeper into the truth of the matter, embrace cognitive dissonance, and you’ll cut to the actual truth of the matter: COVID jab-related adverse events and fatalities are a regular occurrence.  To make matter worse: this truth, is being systematically hidden by major news outlets throughout the world.

With each passing day, more and more people are recognizing that the FDA and CDC are going to great lengths to conceal the fact that coronavirus shots are a net negative for human health.  However, millions – if not billions – still live beneath the shadow of ignorance cast by the mainstream media.

Documents recently leaked by Drastic Research, a revered international research group, make it clear that scientists in Wuhan went to great lengths to coordinate immoral and dangerous research on bat viruses a full two years before the worldwide pandemic began.  Making matters worse is that the CDC and FDA are proactively attempting to hide the risks of the jab.

Though few people know it, the federal government’s claim that COVID is one of the leading causes of death in kids between the ages of 5 and 11 is nothing but an unsubstantiated statement.  The CDC has been pressed for proof of the claim yet failed to produce substantive data.  Furthermore, analysis for the age cohort in question has not been conducted.  Add in the fact that the CDC has misrepresented the truth about study results released by Pfizer, and there is even more reason for the masses to question the efficacy, safety, and moral justification for the mRNA shot.

Crunching the Numbers of the COVID shot

Let’s shift our attention to what matters most in the quest for truth: facts and figures.  The federal government insists the Pfizer vax is more than 90% effective for individuals infected with the coronavirus.  However, in reality, trials reveal there is no proof of efficacy in individuals who had been previously infected.

The FDA recently revealed an uncomfortable finding that shows a hike in nearly half a dozen adverse health events in senior citizens who received the Pfizer shot.  As an example, pulmonary embolism, immune thrombocytopenia, disseminated intravascular coagulation, and myocardial infarction all increased in frequency in elderly individuals injected with Pfizer’s jab.

It is even more concerning that the study has not been officially published for public access.  Here’s the bottom line: the FDA is going to great lengths to conceal the truth about the Pfizer shot.  Delve deeper into the study, and you’ll find the FDA has had internal discussions about a third jab safety cohort analysis in which historical controls were implemented for senior citizens.

The Medicare study in question revealed a heightened chance of immune thrombocytopenia along with acute myocardial infarction for those who were previously diagnosed with coronavirus, including an elevated risk for pulmonary embolism and Bell’s palsy.  In summary, the CDC and FDA are concealing deaths and adverse health outcomes related to the coronavirus jab in an attempt to pave a path toward authoritarian social control.

(NaturalHealth365)  The Wall Street Journal (WSJ), an organization that reports the news, END_OF_DOCUMENT_TOKEN_TO_BE_REPLACED