Draconian COVID lockdowns were based on politics, NOT science, globalists admit 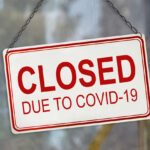 (NaturalHealth365)  You are not alone if you feel the world has lied to you since birth.  The mainstream media inundates us with half-truths, myths, and even some bald-faced lies every day without exception.

The latest “big lie” was revealed earlier this week when a World Health Summit member admitted that coronavirus lockdowns were rooted in political posturing instead of scientific reasoning.

Though the World Health Summit members are finally coming clean and acknowledging the real motivation behind Covid lockdowns, few people will take notice of the admission.  The years-long delay between the forced lockdowns and the admission of the truth was intentional.  The lengthy gap was strategic and downright sinister.

Those in the know understand the importance of both timing and forthrightness in the context of legal liability and public relations.  The World Health Organization’s (WHO) motivation for finally revealing the real reason for the lockdowns is yet another example of how the powers that be hide the truth in plain sight while shielding themselves from the financial fallout of lawsuits.

If the WHO had not waited until the recent World Health Summit and made it known that forced lockdowns were politically motivated at the outset of the totalitarian control experiment, the masses would have questioned those in power or possibly even revolted.

Instead, the cabal waited until several years after the pandemic’s start, revealing the logic in quarantining the masses in what amounts to mere theatrics.  At this point, the masses are sufficiently distracted by RSV, monkeypox, and influenza season.  As is often said, timing is everything in life and also in politics.

The World Health Summit occurred on October 16-18 in Berlin, Germany.  In total, 3,000 participants and 300 presenters attended the meeting to formally respond to the coronavirus pandemic.  The supposed purpose of the meeting was to develop a strategy for mitigating the fallout of future pandemics.

Rebel News reporter Alexandra Lavoie attended the World Health Summit, infiltrating the globalists’ get-together to shine a bright light on the truth.  Though the statements made by speakers at the event likely would have been made public at some point down the line, Lavoie’s bravery provided an early look at the startling admissions made by the world’s power brokers.

Alexandra’s footage reveals that heads of governments made rash decisions rooted in political motivation instead of hard science.  For example, Gyesi Issahaku, a Pandemic Prevention member, admitted that the vax does not stop the spread of the virus.  This statement is in direct contrast with that made by Pfizer heads, who insisted their shot halted the spread of the virus by upwards of 90%.  Issahaku went on to admit that the decisions made regarding the vax and lockdowns lacked scientific backing.

The startling admissions are yet another sign that hardworking taxpayers should never place their trust in bureaucrats who pledge allegiance to globalists.  Nor should we put our faith in politicians who accept bribery in the form of soft money campaign contributions from Big Pharma.

(NaturalHealth365)  The Wall Street Journal (WSJ), an organization that reports the news, END_OF_DOCUMENT_TOKEN_TO_BE_REPLACED