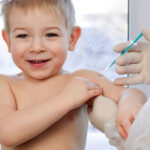 (NaturalHealth365)  It’s difficult to think about any five-year-old child in this country suffering from adverse effects due to a COVID shot.  As any parent knows, simply witnessing young children experience muscle aches, fever, and headaches can be alarming – to say nothing of potentially disabling or deadly reactions that have already been observed in other age groups.

But according to the United States’ official vaccine surveillance data, nearly a thousand adverse events in kids under five have already occurred since COVID shots for toddlers and babies went full steam ahead.

Children aged 5 years old and under suffer harm, adverse effects after getting injected with COVID vax

In an act that many considered to be shockingly irresponsible and premature, the U.S. Food and Drug Administration (FDA) granted emergency use authorization (EUA) for the mRNA jab from both Moderna and Pfizer for kids five and under, up to and including 6-month-old babies.

The FDA announced its decision on June 17, 2022.  Just two days later, the Centers for Disease Control and Prevention (CDC) announced its official recommendation for the shots among this young demographic.

Incredibly, data submitted to the CDC-run Vaccine Adverse Event Reporting System (VAERS) since that time shows that nearly 1,000 adverse events have already occurred in this age group.  Of the 996 events reported, 19 are designated as serious, with Moderna and Pfizer dubiously sharing responsibility for about half those cases each (9 for Moderna and 10 for Pfizer).

Readers are reminded that, so far, we have:

The burden of proof is on the CDC, the pharmaceutical companies they vet, and the drug researchers.  Do you think all stakeholders have been forthcoming with this kind of critical information?

Are deaths among young girls on the rise following authorization of COVID shots for kids?

Within three months, hundreds of post-COVID jab adverse events are occurring among young kids.  If parents continue to choose to inject their children, we can only expect that number to rise.  And sadly, that doesn’t even seem to capture all the potential harm going on to our youngest generation.

According to a recent data analysis from the Daily Exposé, which was discussed in detail by Dr. Paul Alexander on his Substack, the Office for National Statistics (ONS) in the UK reveals two concerning trends.

First, deaths among young girls between the ages of 10 and 14 matched the expected five-year average prior to the COVID shots being offered to this age group.  Second, deaths among females aged 10 to 14 skyrocketed by 57% in the period immediately after they became eligible for the COVID shots. Previous analysis of the UK’s ONS data also points to an elevated risk of deaths in young male children following the initial authorization of COVID-19 jabs.  If these data analyses are accurate, then they point to some alarming correlations that should be promptly and thoroughly investigated.

It’s hardly a wonder that entities like the Joint Committee on Vaccination and Immunisation in the UK and the Florida Surgeon General in the United States have come out against the COVID shot for kids.

(NaturalHealth365)  The Wall Street Journal (WSJ), an organization that reports the news, END_OF_DOCUMENT_TOKEN_TO_BE_REPLACED