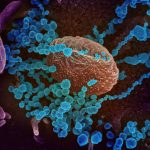 (NaturalHealth365)  As you may know, SARS-CoV-2, the virus that causes the sickness COVID-19, gets into an infected person’s cells via the so-called spike protein.  Spike proteins are literally spiky protuberances on the outside of each virus that act like “keys” to open the doors into host cells, allowing the virus to enter and begin its replication process.  Importantly, a growing body of research, including a December 2020 study published in the journal Neurobiology of Disease, has shown that these spike proteins can cross the blood-brain barrier and trigger harmful inflammation in the body.

Of course, it’s not just the novel coronavirus that has spike proteins.  The gene-based mRNA COVD jabs made by Pfizer and Moderna were explicitly designed to force an injected person’s own cells to make spike proteins, too.  But while mainstream fact-checkers continue to insist that these vax-induced spike proteins are miraculously not harmful in any possible way whatsoever and do not remain in the body for long periods of time, even the U.S. Centers for Disease Control and Prevention (CDC) seems to have changed its tune.

Changing the narrative in real-time: CDC revises messaging surrounding jab-induced spike proteins and their propensity to stay in the body for “weeks”

The CDC’s webpage entitled “Understanding mRNA COVID Vaccines” has gone through plenty of re-writes throughout the course of this insane COVID-19 pandemic.  Astute observers point out that among the revisions was the addition and subsequent removal of the claim that spike proteins created by a person’s body in response to an mRNA jab “do not last long in the body.”

As shown in screenshots shared by a recent article by Children’s Health Defense, the CDC’s webpage from mid-2021 says that an injected person’s cells get rid of the mRNA particles “soon” after injection (and makes no mention of spike proteins).  Yet just a year later, in July 2022, the same webpage admits that it takes “a few days” for the human body to rid itself of mRNA particles (is that “soon” enough for you?).  Additionally, the jab-induced spike proteins actually stay in the body for up to “a few weeks.”

Think about it: these spike proteins are likely hanging around in a person’s body for weeks after injection (and remember: the CDC and other officials want you getting not just one, not just two, but three or more doses of these shots).  It is not fully conclusive that these vax-induced spike proteins are safe – and we know that spike proteins found on actual viruses are harmful.  That certainly seems like a major unknown risk that individuals and their kids are being coerced into assuming.

Straight out of 1984: Will changing definitions and rewriting resources really help the public trust the science?

In the same way that politicians have been accused of changing the definition of recession in order to suit its narrative, plenty of people have criticized the CDC and other officials for changing definitions and moving goalposts simply to avoid being caught in a lie.

Just think about the entire messaging surrounding the COVID shots themselves.  Today, we’re supposed to believe that the shots were primarily meant to prevent severe illness rather than prevent the spread of the virus … despite the fact that the latter is exactly what was promised during vax development.  We can only imagine how many more people would have declined the mRNA shots if they knew getting jabbed wouldn’t stop them from getting infected with SARS-CoV-2, and that, based on their personal risk factors, they’d have a very low likelihood of getting seriously ill anyway even if they DID get infected.

Seriously, why demand public trust when public officials refuse to be transparent and instead hastily push their pro-vax agenda in the name of a public health “emergency” for however long they decide to milk that so-called state?

In case you were wondering, the most recently updated version of the CDC’s webpage “Understanding mRNA COVID Vaccines” makes no mention of how long the spike proteins stick around.  We have to wonder what prompted that edit.  Does the CDC no longer feel comfortable pointing that out?

(NaturalHealth365)  The Wall Street Journal (WSJ), an organization that reports the news, END_OF_DOCUMENT_TOKEN_TO_BE_REPLACED