PROOF: The COVID shot is a complete failure, according to scientific data 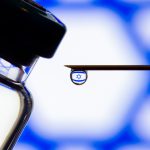 (NaturalHealth365)  Nearly 80 percent of eligible Israelis ages 12 and up have received their COVID injection.  Mass media outlets gloated over Israel for having “one of the swiftest vaccine rollouts in the world,” according to the Associated Press. And yet the Israel COVID picture looks increasingly grim.

Between rising infection rates, an unknown number of upcoming booster shots, and admission by the U.S. Centers for Disease Control and Prevention (CDC) that the “effectiveness” of these jabs drops significantly after just six months – more and more people are doubting the vax narrative.  Are these drugs doomed to fail?

In recent week, Israel leads the world in COVID-19 cases per capita, according to Oxford University

New data from Oxford University reveals that Israel has the highest number of COVID-19 cases per capita.

Israel is also one of the world leaders in COVID booster shots, with a third jab now in the arms of approximately 2.35 million Israelis.

Mainstream media routinely attempts to dissuade the obvious concerns people have over these shocking Israel COVID rates.  For example, in July the Associated Press summarily downplayed rising infection rates by comparing new case numbers for July 21 (1,118) to new case numbers on January 27, 2021 (11,934), before the COVID shot was widespread in the country.

Yet just over one month later, on August 30th, Israel reported a whopping 10,947 new cases – a nearly record-breaking number.

And according to the Jerusalem Post, since the beginning of August alone, nearly 83,000 Israelis have tested positive for COVID-19, and 520 people have died with a COVID-19 diagnosis, compared to just 8 in June.

According to NPR, Israeli Prime Minister Naftali Bennett has admitted that imposing another lockdown in the Middle Eastern country would have devastating economic impacts and “destroy the future of the country.”

So, in addition to pressuring people to get the COVID jabs, the Israeli government has been increasing hospital staff, limiting sizes on social gatherings, legally requiring all people to wear masks indoors (jabbed or not), and going full steam ahead on their highly intrusive “Green Pass” jab passport program.

As of August 8, people in Israel must show proof of a COVID shot – or undergo yet another medical procedure and at their own expense in order to provide a negative COVID-19 test – in order to attend public events or gain access to public places including synagogues, movie theaters, amusement parks, and sports games.

Prime Minister Bennett parrots others in the media and international governments by fully placing the blame for the rising rates of COVID infections in Israel on people who are unvaxxed.  “Those who refuse vaccines hurt us all because if all of us were vaccinated, we would all be able to maintain daily life,” Bennett said in a July 22 press release.  “But if 1 million Israelis continue to not get vaccinated, this will oblige the 8 million others to shut themselves in their homes.”

The amount of coercion and shaming going on during this pandemic is unprecedented, critics say, especially since the drug being pushed and propagandized by officials is still being studied in clinical trials.  And, let’s be honest, most government health agencies are not very good at “preventative” medicine.

(NaturalHealth365)  As Big Pharma rolls out one COVID booster after another, a END_OF_DOCUMENT_TOKEN_TO_BE_REPLACED