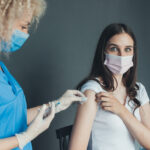 (NaturalHealth365)  The idea of participating in an experiment to help pharmaceutical companies and policymakers determine if new drugs are safe and effective might sound strange.  But the reality is that at any given time, thousands upon thousands of people are willingly enrolled in clinical drug trials – just check out the U.S. National Library of Medicine’s ClinicalTrials.gov website to get an idea of the breadth of research currently going on.

The key to these trials, of course, is that anyone participating in one is doing so (presumably) with fully informed consent – they are aware that they are participating in an experiment and agree to do so willingly.  But the same cannot be said, critics argue, for what the world has just witnessed: an intense global push to inject as many people as possible with a brand new-to-the-market, hastily developed COVID vax.  Now, even some government officials finally seem to admit that this public vax campaign is actually just another human experiment.

Yes, there were “official” clinical trials for the COVID jabs before they were rolled out to the public in the United States and elsewhere.  But these trials were mired with serious problems – not the least of which was the fact that researchers permitted control group members to receive the experimental mRNA jab long before the study periods were over!  This premature and astoundingly unscientific decision essentially rendered the studies illegitimate.

As if compromised clinical trials aren’t problematic enough, many critics have argued that the aggressive and heavily propagandized agenda to vaccinate as much of the global population as possible was little more than a continuation of the original Big Pharma drug experiments.

These imperfect and progressively ineffective drugs were sold to the public as a moral obligation – or forced onto the public under threat of financial hardship, job loss, and social ostracizing.  But the truth, critics have argued, is that millions upon millions of members of the global public were duped into taking an investigational drug (which is the same thing as an experimental drug, according to the U.S. Food and Drug Administration) and are now part of a massive human clinical drug trial.

According to Expose News, former Newfoundland Premier Brian Peckford recently filed a lawsuit against the Canadian government for its egregious decision to end six million citizens’ freedom to mobilize by creating a (now dropped) federal ban on unvaxxed people on trains, planes, and buses.

A lawyer involved in the case, Keith Wilson, cited Dr. Lisa Waddell, a leading health official in Canada, in his arguments.  Dr. Waddell is a chief epidemiologist for the Public Health Agency of Canada.  She reportedly recommended against the forced vax for travel in Canada and said “it would not be epidemiologically sound advice,” according to Wilson (yet the Canadian government insisted that their punitive decision was grounded in “science”).

Wilson also uncovered another bombshell revelation during his cross-examination of Dr. Celia Lourenco, director general for Health Canada, an agency that approves vaccines.

While under oath, Dr. Lourenco allegedly confirmed that proper human trials for the COVID shots were skipped and that a real human trial is going on right now in Canada.  Apparently, data is being gathered from actual Canadian citizens who got the jabs.  Canadians, Wilson says of Dr. Lourenco’s testimony, were not fully informed of the experimental nature of the shots and their known risks (let alone their unknown risks).

“That was a big one for us to get [Dr. Lourenco] to confirm that this is a huge experiment that’s going on,” he says in a September 22, 2022 interview with Viva Frei Live, in which he discusses this landmark case.

(NaturalHealth365)  First, it was menstrual problems, and now, it’s current and future END_OF_DOCUMENT_TOKEN_TO_BE_REPLACED