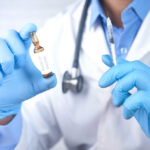 (NaturalHealth365)  Millions of people have died “unexpectedly” after receiving the COVID shots, yet few government officials are willing to admit that mRNA injections harm human health.

Japan is the exception to the norm.  The small island nation recently launched an investigation into deaths caused by the COVID shot.

Academicians and other researchers throughout Japan have been formally instructed to take a deep dive into mRNA injections.  The focus is on the mechanisms through which the jabs lead to adverse health outcomes, including sudden death.

For example, Professor Masataka Nagao with the Hiroshima University School of Medicine recently revealed how the bodies of vaxxed individuals that had been autopsied were unusually high in temperature.  Some bodies had temperatures over 100 degrees Fahrenheit, with some as high as 104 degrees Fahrenheit at the time of autopsy.

According to Nagao, vaxxed bodies had genetic alterations.  In particular, the immune systems of vaxxed individuals changed after injection.  As a result, Nagao states that vax spurs abnormalities in the immune system that produce widespread inflammation.  Such inflammation is likely the cause of elevated body temperatures during autopsy.

Though Nagao is adamant that the vax causes immune system malfunction and rising temperatures, he did not state that the shot is the direct cause of death.  Nagao insists the injection is related to abnormalities within the immune system, yet those abnormalities are not guaranteed to be the direct cause of premature death.  Only time will tell if the vax is a legitimate silent killer.

Professor Shigetoshi Sano with Japan’s Kochi University’s School of Medicine is shining the spotlight on spike proteins within skin lesions.  Sano also points out a litany of other skin issues in patients who received the vax.  Sano makes it crystal clear that the vax’s spike protein transmitted by the vax was found within the skin.  The academician used a specialized dye to show a slide revealing a green hue caused by a lesion.  It appears that the vax’s spike protein is causing immune system suppression, spurring herpesvirus activation.

According to Dr. Sano, the spike proteins’ immune system degradation causes inflammation in the body that triggers blood clotting.  This pathophysiological phenomenon could explain the skyrocketing rates of sudden deaths due to cardiovascular events.

In summary, the COVID shot suppresses the immune system, heightening the chances of inflammation that can trigger a sequence of events with potentially deadly consequences.  Sano also pointed out that his colleagues have determined that vaxxed individuals are more likely to contract coronavirus than those who did not receive the vax.

The key takeaway from the information presented above is that the ongoing pandemic is of those who received Big Pharma injections as opposed to those who held firm to their civil liberties and refused sequential mRNA injections.  The silver lining of remaining unvaxxed is that the new variants emerging from China will likely make variant-specific boosters null and void.

(NaturalHealth365)  The Wall Street Journal (WSJ), an organization that reports the news, END_OF_DOCUMENT_TOKEN_TO_BE_REPLACED