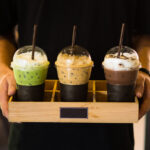 (NaturalHealth365)  The typical Western diet is loaded with sugar, and this is causing serious health consequences – including cancer tumor growth and increased mortality.  A new study published in the journal Cancer shows that a high intake of sugar has a detrimental impact on breast cancer survival.

Another study published by the University of Texas MD Anderson Cancer Center confirmed that too much sugar can lead to breast cancer and metastasis to the lungs.  Previous studies had found that a high-sugar diet triggers breast cancer due to an increased state of inflammation in the body that is often linked with cancer.

Researchers found that among women who drank more than 3 servings of sugar-sweetened beverages per week after diagnosis, 56.3 additional deaths per 10,000 person-years of follow-up occurred compared with women who did not drink sugary drinks.  These findings show that women with high consumption of sugar-sweetened beverages after diagnosis had higher breast cancer-related and all-cause mortality.

Sugar consumption in the United States causing a health crisis

It is already known that sugar, and particularly glucose, impacts energy-based metabolic pathways in ways that contribute to the development of cancer.  However, current studies have shown the role of sugar in creating the inflammation that drives carcinogenesis.

Identifying cancer risk factors is crucial to public health, and the current Western diet is clearly filled with problems.  Reducing sugar intake to a small or moderate amount is critical to reducing cancer risk as well as incidents of numerous other health problems, including heart disease, diabetes, and obesity.

With sugar consumption in the U.S. now at more than 100 pounds per capita per year, this problem is reaching crisis levels.  Sugar-sweetened beverages are one of the most significant contributors to the overconsumption of sugar and resultant health problems.

Control your sweet tooth for better health and longevity

Americans are consuming more sugar and carbohydrates than ever before, and this is having grave effects on the health of our nation.  Heart disease, diabetes, obesity, and weight-related complications are reducing health, longevity, and quality of life.  This recent study shows that sugar also contributes to breast cancer risk, lung cancer metastasis, and tumor growth.

Cutting back on foods that contain sugar, corn syrup, and carbohydrates is the first step to regaining health.  Sweetened processed foods and sugar-infused sodas and juices are among the worst choices.  Healthy alternatives to sugar include foods and beverages sweetened with organic stevia, honey or maple syrup in small amounts.

(NaturalHealth365)  Research over the past decade has shown, without a doubt, that END_OF_DOCUMENT_TOKEN_TO_BE_REPLACED