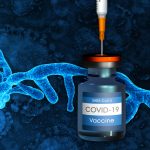 (NaturalHealth365)  In a predictable and divisive move, the American government recently labeled the pandemic “a pandemic of the unvaccinated.”  We are now being told that anyone who declines the COVID shot is literally as dangerous as a drunk driver, and the blame for the highly politicized pandemic is being placed squarely on the shoulders of people who have made personal medical decisions not aligned with Big Pharma agenda.

And yet – as we rapidly approach a reality in which people must get booster shots indefinitely to be considered fully vaxxed – new evidence suggests that it could be the people who take the Pfizer or Moderna drugs that are actually driving the spread of new so-called viral variants.

As the FDA paves the way for a THIRD COVID shot for more Americans, a Japanese preprint study suggests these injections are driving potentially dangerous viral variants

On Wednesday, September 22, the U.S. Food and Drug Administration (FDA) announced the authorization of a THIRD booster shot for a large portion of the United States population, including immunocompromised people, people aged 65 and up, and people who are considered at “high risk” of severe disease and/or are regularly exposed to the virus – e.g., school teachers, daycare workers, healthcare workers, and people who work at or reside in prisons.

The FDA advises that these booster shots should be administered just six months after a person’s second dose.

The U.S. Centers for Disease Control and Prevention (CDC) is expected to make a recommendation regarding the up-and-coming mRNA booster shot – and who knows how many booster shots are coming down the pipeline.  (Officials in Israel are already grooming their citizens to accept a future fourth dose.)

Now, the fact that TWO shots significantly lose their effectiveness against a pathogen within a matter of months is concerning enough.  But a recent study out of Japan – currently available as preprint only, so yet to be peer-reviewed – suggests these drugs are more problematic than previously thought.

The authors used animal laboratory data to see what would happen to the effectiveness of the current Pfizer COVID shot when exposed to new viral variants.  Based on their analysis, they conclude that the Delta variant is likely to become resistant to vaccines.

“Although the [antibodies produced by the Pfizer-BioNTech injection] neutralized the Delta variant,” they write, “when four common mutations were introduced into the receptor-binding domain (RBD) of the Delta variant (Delta 4+), some [antibodies] lost neutralizing activity and enhanced the infectivity” (emphasis ours).

In other words: the COVID shot could make the Delta more infectious.  Incredibly, the authors use this data as proof that more vaccines should be developed.

It’s important to understand that viruses mutate all the time – it is a normal and expected characteristic.  There is no reason to expect the SARS-Cov-2 virus not to continue evolving.  Although it is worth noting that the government has never supplied proof that the COVID-19 “virus” has ever been isolated.

This study simply adds to the concerning hypothesis that the COVID injections themselves could put pressure on these viruses and accelerate their mutations.

In case you were wondering:  Your doctor CANNOT test for the Delta variant

It’s clear that the Delta variant is being used as fuel for the ongoing push for more COVID shots.  But please be aware:  If you test positive for SARS-CoV-2, there is NO WAY to know whether you have the so-called Delta variant. (And, don’t forget, the PCR test was never intended to diagnose disease!)

The tests you take just tell you whether you test positive for SARS-CoV-2 or not – that’s it.  State health departments then send some of these samples to the CDC.  Fewer than 800 COVID positive samples from the entire country are tested each week by the CDC at genomic sequencing facilities.  This genomic testing is supposedly able to determine how many of these samples are the Delta variant.

What do you think:  Is the “failure” of these injections really just an attempt to hide the reality that these shots are making people sick?  Is the Delta variant being taken advantage of as a reason to push more and more shots onto people?

(NaturalHealth365)  The Wall Street Journal (WSJ), an organization that reports the news, END_OF_DOCUMENT_TOKEN_TO_BE_REPLACED