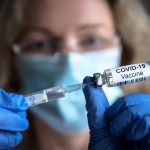 (NaturalHealth365) When Eric Clapton, the British rock and blues guitarist, singer, and songwriter, decided to line up for the COVID-19 jab, he did not doubt the safety of the shot.  Thanks to the British government, the health authorities implemented an effective campaign to reassure the masses that getting the jab was not only necessary but absolutely safe.

But Eric Clapton’s experience with the shot was not what he expected.  In fact, it was so “disastrous” that he began questioning the massive propaganda pushed by the government.

In the name of protecting its citizens from the SARS-CoV-2 virus, the U.K. government launched the world’s first mass immunization campaign on December 8, 2020.  The campaign has been quite successful, as the number of people receiving the first dose of a COVID-19 shot is now at 36,704,672.

But many people question the authenticity of such jab promotion campaigns.  How transparent can the government really be about the safety of the experimental COVID injections when it is pouring millions into trying to convince the masses to take the jab?

Clapton experiences severe reactions after receiving the first jab, even worse ones after the second dose

While in the United States, Astra Zeneca’s COVID shot is currently not authorized for distribution, in the U.K., it is one of the options.  “I took the first jab of AZ and straight away had severe reactions which lasted ten days.” shared Clapton.  Despite the concerning side effects, he took the second dose six weeks later and described his experience as “disastrous”.

His hands and feet were either frozen, numb or burning for about two weeks.  “I feared I would never play again (I suffer with peripheral neuropathy and should never have gone near the needle).  But the propaganda said the vaccine was safe for everyone … ”

What happened to informed consent?

Most agree that regardless of where you stand on immunizations, people should be informed about the risks and benefits of medical interventions.  Having a clear understanding of what could occur – good or bad – when taking a medication or a shot is the only way a patient can give truly informed consent.

According to the medical code of ethics, a patient must give informed consent to medical treatment before receiving it.  Patients have the right to receive truthful information and ask questions about treatments and medications.  When the government engages in promotional campaigns to push people to take a jab, one must wonder how much effort is made to arm the public with balanced information, which also includes the risks and potential side effects.

COVID-19 shots have documented adverse effects.  Are you aware of the risks?

In case you are not familiar with the documentation – prescribing information – included with pharmaceutical products, consider the following.  The package insert (PI) accompanying every medication, including the COVID-19 jabs, gives you pertinent information about the product to help you assess the risks and benefits the product may provide.  The PI is a treasure trove of facts you can use to make truly informed decisions about whether to undergo a medical intervention or line up for a jab.

Pay careful attention to the sections about adverse effects and warnings.  The FDA requires manufacturers to document any adverse reactions that occur during clinical trials and even after the product is launched.  Do not expect media channels, government health officials, doctors, or celebrity influencers to tell you about the information contained in those paragraphs.

It is doubtful that Eric Clapton was informed about some important facts about the AZ shot, some of which may have influenced him to stay away from the jab.  For instance, he likely was unaware that, according to the PI, the shot might NOT protect all recipients, and even if it did, the duration of protection was unknown as the clinical trials are still ongoing.

What is the bottom line?

When it comes to making important decisions – especially ones concerning our health – we must do our due diligence to understand the potential for any risks and benefits.  We should not rely on propaganda – whether coming from the government, mainstream media, or our favorite celebrity.  Remember, informed consent is your right.  Why not make use of it?

(NaturalHealth365)  As Big Pharma rolls out one COVID booster after another, a END_OF_DOCUMENT_TOKEN_TO_BE_REPLACED