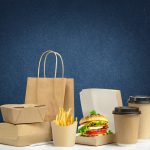 (NaturalHealth365) “Have it your way.”  “Oh yes, we did.”  “I’m lovin’ it.”  These fast food slogans take on a darker and more sinister meaning when you consider that your next order of takeout can come with a side of forever chemicals.  From greaseproof pizza boxes to fast-food wrappers, the containers that hold your fast food may harbor an invisible threat.  But here’s an even bigger threat to our national health: chemical giants DuPont and Daiken knew the dangers of the PFAS (per- and polyfluoroalkyl substances compound) widely used in food packaging since 2010 but kept it secret from the public and the Food and Drug Administration (FDA).

According to studies obtained by The Guardian, the chemicals, called 6:2 FTOH, have been linked to kidney disease, liver damage, cancer, neurological damage, developmental problems, and autoimmune disorders.  Researchers also found higher mortality rates among young animals and mothers exposed to the chemicals.  DuPont and Daiken initially told the FDA that the compounds were safer than older types of PFAS, but both chemical giants withheld damaging studies that indicated high levels of toxicity and failed to alert the public or the FDA to new internal data.

Hiding critical data is nothing new for chemical giants

Maricel Maffini, an independent researcher who studies PFAS in food packaging, says that if the FDA had seen the data from Daiken’s 2009 study that linked 6:2 FTOH to toxicity in lab rats’ livers and kidneys, it’s unlikely that the PFAS would have been approved.

DuPont’s 2012 study, which was also hidden from the FDA, monitored the impact of high exposure levels to the chemical on two generations of lab rats.  The animals suffered kidney failure, liver damage, mammary gland problems, mottled teeth, and other issues.

The chemical industry claims that short-chain compounds are uniformly safe and “practically non-toxic”.  Independent researchers, however, say otherwise and have found that PFAS, regardless of chain length, are toxic and accumulate in the environment and humans.

Is a toxin-free future on the horizon?  Maybe.  Maybe not.

In 2020, the U.S. Food and Drug Administration announced an agreement with three manufacturers of chemical products used in food packaging to phase out 6:2 FTOH within the next five years.  Companies such as Taco Bell, Whole Foods, and Trader Joe’s have vowed to be proactive in seeking out wrappers and containers that are chemical-free.  But until more states ban forever chemicals and chain restaurants avoid them, concerned consumers need to be vigilant.

It’s important to note that the FDA phase-out only applies to 6:2 FTOH compounds, and does not include other similar “short-chain” PFAS.

What can you do?  Studies have shown that thicker, paperboard boxes are less likely to contain PFAS than other containers, so consider takeout that uses that type of packaging.  However, if you don’t want to risk receiving a side order of forever chemicals with your Friday night pizza, skip takeout altogether.

The danger lurking in a fast food container is yet another reason to eat fresh foods.

(NaturalHealth365)  Research over the past decade has shown, without a doubt, that END_OF_DOCUMENT_TOKEN_TO_BE_REPLACED