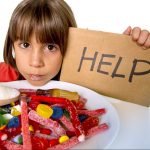 (NaturalHealth365) Daily, we are bombarded with a succession of eye-catching, clever, well-edited advertisements for a seemingly endless variety of sugary sodas and energy drinks.  Meanwhile, an abundance of scientific studies has confirmed that excessive sugar consumption has been associated with deadly diseases – such as heart disease and type 2 diabetes – later in life.

Now, brand-new research reveals that high sugar negatively affects the gut microbiome – the community of trillions of intestinal bacteria that plays a vital role in immune system health and metabolism.  Not only that, but the research suggests that excessive sugar consumption during adolescence impairs performance on learning and memory in adulthood – a truly disturbing finding.

In a study conducted jointly by researchers at the University of Georgia and the University of Southern California and published last month in Translational Psychiatry, young rats were given a daily serving of an 11 percent sugar solution (the equivalent of commercial sugary sodas consumed by humans).  The rats were then given memory tests in adulthood, with researchers putting them through their cognitive paces with hippocampus-dependent memory tasks such as the ability to remember where familiar objects had appeared before.

(The hippocampus, critical for learning and memory, continues to develop into late adolescence in humans as well as rodents).

The researchers found that the rodents had paid a cognitive price for the sugary diet in their youth.

Rats that had consumed sugar in early life had an impaired capacity to realize that an object was new to a specific context – which the rats not given sugar were able to do with ease.  On a second memory task, this one not involving the hippocampus, both the sugar and the non-sugar rats performed equally well – indicating that early-life sugar consumption seems to selectively affect learning and memory centered in the hippocampus.

While the research was only an animal study, scientists say that the genetic, biological, and behavioral characteristics of rats closely resemble that of humans.  For this reason, animal research is often borne out by human studies.

What’s the culprit?  A specific type of harmful bacteria is associated with sugar and sugary drinks

Sugar encourages the presence of a type of bacteria known as Parabacteroides.  And it appears to be “bad news” for both the gut microbiome and cognitive abilities.

“Early life sugar increased Parabacteroides levels, and the higher the levels of Parabacteroides, the worse the animals did in the task,” said study author Emily Noble, an assistant professor in the UGA College of Family and Consumer Sciences.

The team found that similar memory deficits occurred even when the Parabacteroides bacteria was experimentally introduced into the microbiome of rats that had never eaten sugar!  This time, the rats showed impairment in both hippocampus-dependent and hippocampus-independent memory tasks. “(The bacteria) introduced some cognitive deficits on its own,” explained Noble.  She said more research is needed to explore how the gut-brain signaling system operates, and to find out more about the ability of Parabacteroides bacteria to alter brain development.

Additional studies suggest that alterations in gut bacteria are linked with neurodegenerative disease.  In fact, recent research from a group of Swiss and Italian researchers has shown that byproducts of gut bacteria can affect the development of amyloid plaque – a primary factor in Alzheimer’s disease.

Scientists report that early life sugar consumption causes changes in the pathways of neurotransmitters, or chemical messengers, that affect mood and cognition.  As a result, excess sugar impairs both cognitive skills and self-control – while actually worsening hunger pangs.  For some, the effect on the brain mimics that of addiction, leading to overconsumption and obesity.  And, even a single instance of elevated glucose in the blood can harm the brain, causing slowed cognitive function and deficits in memory and attention.

The Dietary Guidelines for Americans, issued jointly by the United States Department of Agriculture and the Department of Health and Human Services, advise limiting added sugars to less than 10 percent of the day’s calories.  But, data shows that many children and teens between the ages of 9 and 18 exceed that amount regularly.  In fact, the American Academy of Pediatrics reports that sugar makes up a shocking 17 percent of what children consume each day – half of which comes from drinks with added sugar such as soda, energy drinks, and fruit juice.

Clearly, this comes at a cost to national health.

While checking food and beverage labels for added sugar is a good start, be advised: sometimes sugar is hiding under innocent-sounding names such as brown sugar, malt sugar, high-fructose corn syrup, honey dextrose, molasses, raw sugar, and turbinado.  The AAP warns that anything ending in “-ose” – such as fructose – is also a tip-off to sugar content.

In addition to checking labels, and advising children and teens to do the same, you can encourage them to seek out whole fruit to satisfy a sweet tooth.  Whole fruit has the advantage of providing dietary fiber, disease-fighting antioxidants – and no added sugar.

In 2019, the AAP and the American Heart Association issued a joint call for public policies, such as excise taxes and more education, to decrease the consumption of sugary drinks.  Time will tell if this strategy helps to discourage the nation’s unhealthy dependence on sugar.

Now, that would truly be “sweet.”

(NaturalHealth365)  Research over the past decade has shown, without a doubt, that END_OF_DOCUMENT_TOKEN_TO_BE_REPLACED