Doctors warn many patients in hospitals have COVID jab-induced AIDS 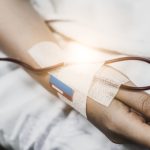 (NaturalHealth365)  Vaxxes are intended to stimulate an immune response against diseases … though not necessarily meant to prevent someone from catching the disease (at least according to the latest definition from the U.S. Centers for Disease Control and Prevention).  What vaxxes aren’t supposed to do is cause a person to develop acquired immunodeficiency syndrome (AIDS).

But one doctor recently came forward with this very concern, adding that her clinical experience with patients suffering from immune problems following the COVID shot has been nothing short of “stunning.”

Can this be for real?  Doctor alleges that vaxxed patients are developing AIDS, millions to be affected in the coming months

Dr. Elizabeth Eads is a frontline medical doctor who has treated patients throughout the COVID-19 pandemic.  She is now becoming one of many healthcare providers voicing serious concerns about the safety, and long-term effects of the mRNA COVID jab from Pfizer and Moderna.

Dr. Eads is speaking out because of alarming downward trends she has seen recently with the immune function of double- and triple-jabbed individuals.  In an interview posted on USAWatchDog, Dr. Eads claims:

“Yes, we are seeing vaccine-related acquired immunodeficiency in the hospital now from the triple vaxxed … It is a vax injury, and we are not really certain how to treat this … We are trying to use everything we can think of to boost up the [immune cell] counts and reverse this collapse or calamity of this immune collapse.  It’s very stunning.”

In her hypothesis – which she says is based on published research out of Stanford University – Dr. Eads says that the spike protein made by the body in response to the jab is actually like a Lentivirus, a type of retrovirus which contains an enzyme that converts RNA into DNA before becoming integrated into the genes of the host.  HIV is also a retrovirus and functions the same way in the body.

“This is why we are seeing autoimmune and neurodegenerative decline after the COVID-19 vax,” Dr. Eads says, “especially the booster … It permanently changes the genome of the cell.”

Check out the video below to learn more:

Despite various mandates on kids as young as five, the impact of COVID shots on long-term immune health remains in question

To be sure, the idea that the COVD jab is triggering autoimmune deficiency sounds sensationalist.  But Dr. Eads’s professional observations corroborate official data from other parts of the world, including the United Kingdom.  In March, for example, the UK Health Security Agency revealed official data regarding the petering-out pandemic, including the following:

However the long-term health of vaxxed individuals plays out, there are at least some truths we already know for sure:

First, people should be able to consider all available information when making decisions about their health and when deciding whether to take a certain drug.

Next, we must also be allowed to ask whether a brand new genetic therapy drug could turn out to pose a hazard to long-term health and whether such risks are on the radar of public health officials tasked with serving free citizens.  Is it “misinformation” to ask these questions, or is it simply an appropriate response to unprecedented medical mandates?

(NaturalHealth365)  Is the COVID shot necessary for kids?  We know most people END_OF_DOCUMENT_TOKEN_TO_BE_REPLACED

(NaturalHealth365)  As Big Pharma rolls out one COVID booster after another, a END_OF_DOCUMENT_TOKEN_TO_BE_REPLACED