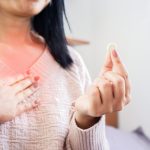 (NaturalHealth365)  Almost exactly two years ago, NaturalHealth365 along with other outlets reported that the U.S. Food and Drug Administration (FDA), was issuing an immediate recall of the drug ranitidine, best known by its brand name Zantac because it was found to be contaminated with a chemical that causes cancer.

But even though Zantac has been pulled off the market, Big Pharma is now facing several lawsuits related to the major carcinogenic gaff – a gaff that at least one attorney says drug companies knew about for decades.

Pfizer and other makers of popular heartburn drug knew it was contaminated with carcinogenic chemical for 40 years, still sold it to the masses

Brent Wisner is an award-winning attorney who recently sat down for an interview with Robert F. Kennedy, Jr. of the Children’s Health Defense.  In the interview, Wisner describes how Pfizer, GlaxoSmithKline, and other drug companies are now being slammed with class-action lawsuits from individuals who developed cancer after taking Zantac.

As Wisner explains, even though the FDA recall of Zantac only just happened in 2020, evidence shows that these drug companies knew for decades that the profitable heartburn drug was contaminated with a cancer-causing agent called N-nitrosodimethylamine (NDMA) … yet continued to sell the drug anyway.

Wisner describes NDMA as “a very, very potent human carcinogen.”  Discovered in the 1930s during the development of rocket fuel, NDMA “literally has no purpose in our world, except for the fact that it causes cancer,” he says.  “It’s actually used in laboratory experiments to induce cancer in animals.”

He adds, “[NDMA] is probably something that has caused an innumerable number of people’s cancers, because it was such a widely used product.”  Cancers linked to Zantac use so far include bladder, liver, stomach, colorectal, prostate, and breast cancer.

Heartburn, also called acid reflux or gastroesophageal reflux disease (GERD), is a condition in which a person’s stomach contents incorrectly flow back into their esophagus, causing gas, burning in the chest, and other symptoms.  The uncomfortable condition affects an estimated 60 million Americans per month, according to the U.S. National Library of Medicine.

It’s hardly a surprising statistic, considering that 1 in 3 adults in the U.S. are overweight and follow the Standard American Diet (full of caffeine, sugary soda, and fried foods), both major risk factors for heartburn.

Fortunately, there are things you can do to reduce the frequency of heartburn.  Here are six suggestions from Harvard Medical School:

If your heartburn issues still persist, seek the help of an integrative healthcare provider and/or health coach.

(NaturalHealth365)  Since the late 1980s, the number of petitions filed with the END_OF_DOCUMENT_TOKEN_TO_BE_REPLACED

(NaturalHealth365)  One of the big talking points of mainstream media, MD influencers, END_OF_DOCUMENT_TOKEN_TO_BE_REPLACED

(NaturalHealth365)  Are we surprised at this point?  Breaking news from the U.S. END_OF_DOCUMENT_TOKEN_TO_BE_REPLACED