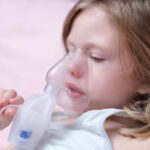 (NaturalHealth365)  Since when did it become normal for kids to have chronic illnesses?  More and more children are diagnosed with chronic health issues like asthma, ADHD, type 1 diabetes, autoimmunity, allergies, obesity, and more.  There was a time when a diagnosis like this would be a cause for concern, but today it barely registers as a blip on most healthcare professionals’ and even many parents’ radars.

“It is what it is” seems to be the mantra.

But it isn’t normal and shouldn’t be viewed as such.  These health issues are not normal, especially for children.  It’s time for Western medicine to take a step back, stop treating the symptoms, and get to the root of the problem.  Therein lies the dilemma.  Just how did we get here?  Could environmental toxins be to blame?

Children are not only being diagnosed with chronic illnesses that were once exclusive to adults – some of these children are born with them.  Tragically, children battling chronic health issues make up more than 70% of all pediatric intensive care admissions in hospitals across the country.

An estimated 43% of children have at least one chronic health condition, according to one study that listed 20 common conditions.  When they added obesity and being at high risk for developmental/behavioral issues to the mix, that number rose to 54%.  These conditions included asthma, autism, diabetes, learning disabilities, and depression.  Perhaps most alarming is that most of these conditions are carried on into adulthood, making them lifelong illnesses.

Environmental toxins are cited as one of the primary contributing factors in the dramatic uptick of chronic illness in children.  Unfortunately, the U.S. (and most of the Western world) has a long history of harmful environmental chemicals.  For example, lead has long been a culprit for a number of health issues and learning disabilities, and while it has been banned, it is still found in some places, such as lead paint that was painted over instead of being removed first.  The same goes for asbestos.

The pesticide DDT is another toxin that was widely accepted for a long time.  While it has been outlawed, other harmful chemicals are cropping up to take its place.  Each year, more and more toxic household products and harmful substances released into our environment are being identified.  These toxic substances are in our homes, schools, workplaces, and even our drinking water.  It can be difficult to avoid, especially if you aren’t certain exactly who your enemy is.

Of course, we can’t disregard the dangers of glyphosate, indoor air pollution and the many toxins inside childhood shots.

How to reduce environmental toxin exposure?

It might seem like a losing battle, trying to fight a toxic environment around us.  But there are steps you can take to minimize exposure.

Read the labels.  Read the labels on everything and avoid the more dangerous chemicals such as polychlorinated biphenyls, per-, and polyfluoroalkyl substances, and glyphosate.

Filter your drinking water.  Use a water filter at home that removes PCBs and PFAs from your water.

Use an air purifier.  An air purifier can help filter volatile organic compounds from the air, so you are less likely to be exposed to chemicals in gas form that are released in your home from the products you use.

Make your own natural household cleaning products.  Vinegar, baking soda, and other natural substances can clean and sanitize your home just as well as store-bought products but without the harmful chemicals released into the air and left as residue on surfaces.

The health of our children should be a top priority.  They depend on us to make the world a safer place for them.  We need to work harder to live up to that.

(NaturalHealth365)  You may have heard the saying attributed to Benjamin Franklin: “early END_OF_DOCUMENT_TOKEN_TO_BE_REPLACED

(NaturalHealth365)  Every day we use products to clean our homes, sanitize surfaces, END_OF_DOCUMENT_TOKEN_TO_BE_REPLACED