Organ DAMAGE: This is a health warning for kids who drink water “treated” with fluoride 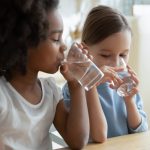 (NaturalHealth365) Here’s the thing about environmental toxins: it doesn’t always take much to create havoc on the human body … sometimes it’s simply being exposed to small amounts again and and again that will eventually lead to long-term damage – even if the absolute levels are within so-called “tolerable limits.”  In fact, recent research offers a perfect example of this when it comes to fluoride exposure.

In 1945, Grand Rapids MI started adding fluoride to public drinking water as a way to “improve” the dental health of its residents, according to the Centers for Disease Control and Prevention.  Soon thereafter, other cities followed suit.

But now this data out of the Icahn School of Medicine at Mount Sinai adds to a growing list of evidence calling into question this “mass fluoridation” of our nation, especially when it comes to protecting child and adolescent health.

About a year ago, a team of researchers published the results of their investigational study in the journal Environment International.  The study, which analyzed the relationship between fluoride levels in drinking water (for 1,742 children) and blood (of 1,983 children) and liver and kidney function, involved participants from the well-known National Health and Nutrition Examination Survey (NHANES), a large group of studies used to evaluate health in the U.S.

Here were the worrisome results:

There is a dose-dependent relationship to fluoride exposure and diminished liver and kidney function in children.  This means that the more exposure you have the worse off your organ damage can become over time.

The authors found this relationship even when the exposure to fluoride was considered chronic and low-level (exactly how it is for most of us who drink public water).  And to make matters worse, kid with poor liver and kidney function may end up absorbing even more fluoride.

Beyond liver and kidney damage, additional issues that may be caused by fluoride exposure include impaired protein metabolism, thyroid dysfunction, and lowered IQ.

We hate to say it but this isn’t necessarily ground-breaking news.  Organ damage due to fluoride exposure has already been observed in adults as well as animal models.

And it turns out that a young child’s body isn’t as effective at excreting fluoride as an adult’s body – only about 45 percent of fluoride is cleared by kidneys via the urine in kids, whereas 60 percent of it is cleared by adults.

In other words: we can’t say we’re surprised to hear that fluoride is damaging to child health.

Nearly three quarters of the U.S. public water system contaminated with fluoride – here’s how you can reduce your kids’ exposure to this chemical

If you’re frustrated by the idea that the government is forcing mass exposure to a potentially harmful toxin on your family, we don’t blame you. In fact, up to 74% of the U.S. public drinking water contains fluoride.  But clearly, drinking water is a must for health.

So what to do?

(NaturalHealth365)  Every 34 seconds in the United States, somebody dies of heart END_OF_DOCUMENT_TOKEN_TO_BE_REPLACED

(NaturalHealth365)  More Americans are dieting than ever before.  Almost half of Americans END_OF_DOCUMENT_TOKEN_TO_BE_REPLACED