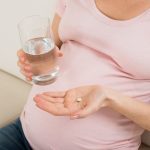 (NaturalHealth365) Prenatal supplements are recommended by Mayo Clinic and other leading organizations for all women of childbearing age.  The reason: key fetal developmental events occur even within the first days or weeks of conception, often before a woman even knows she’s pregnant – so making sure she has plenty of vitamins to support herself and her unborn baby right from the start can make a big difference.

What we’re realizing now is just how much of a difference prenatal supplementation can make on a child’s future, as one recent study published in BMC Medicine suggests.

The researchers based their study on an earlier randomized controlled trial known as the Folic Acid Supplementation in the Second and Third Trimesters (FASSTT), where pregnant women received either 400 mcg of folic aid per day or a placebo from the 14th week of pregnancy onward.  More than one decade after FASSTT was completed, the researchers followed up with 119 of the mother-child pairs from the trial and tested the cognitive performance of 68 children.

Here’s what they found:

The researchers concluded that supplementing with folic acid even beyond the early part of pregnancy may offer beneficial effects on a child’s neurocognitive development – in addition to preventing neural tube defects, miscarriages, and infertility, which are the general reasons why folic acid supplementation is recommended to pregnant or trying-to-conceive women.

And in case you were wondering:

Folate is vitamin B9 and is found naturally in foods like eggs, leafy green veggies, and citrus fruits.  Folic acid is the synthetic version of this important B vitamin used in supplements.

Is there such a thing as TOO much?  Here’s what all moms and moms-to-be need to know about how much folic acid you need

According to the American College of Obstetricians and Gynecologists (ACOG), pregnant women and women trying to get pregnant should get about 600 micrograms of folate every day.  Since getting all the folate you need from food alone can be tough, ACOG advises women to take a daily prenatal vitamin containing at least 400 mcg of folic acid for at least 1 month prior to conception and during the first 3 months of pregnancy.

Sounds simple enough – but there are a few essential caveats you should know:

Now, here’s where it gets tricky: 2016 research out of Johns Hopkins University Bloomberg School of Public Health found that women who have too much folate in their bodies may be putting their babies at risk of future health problems.

The study found that for women who had more than four times the recommended amount of folate in their blood, the risk of their child being later diagnosed with autism spectrum disorder DOUBLED.  (The World Health Organization has said that an adequate level of folate in the body is between 13.5 and 45.3 nanomoles per liter of blood.)  Of course, maternal folate deficiency has ALSO been linked to an increased risk of autism in children.

So, what should we make of this?

Folic acid supplementation is important – but when it comes to this nutrient, there IS such a thing as too much of a good thing.  The only way to know for sure what sort of prenatal supplement routine is right for you (and your baby) is to work closely with your OB/GYN or integrative healthcare provider – experienced in the field of nutrition.

(NaturalHealth365)  Let’s face it, sugar is extremely prevalent in today’s society.  Many END_OF_DOCUMENT_TOKEN_TO_BE_REPLACED