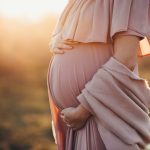 (NaturalHealth365) “Just trust the science,” we are told.  But recent news out of France related to an epilepsy drug made by the pharmaceutical giant Sanofi reminds us why blindly trusting Pharma science is a bad idea.

Due to reports of some alarming side effects, a French court greenlighted a class-action lawsuit against the multi-billion dollar company earlier this year.

As reported by Bloomberg back in January 2022, a French court concluded that drugmaker Sanofi “should have warned of the risk of birth defects for pregnant women taking the medicine as early as 1984.”

Instead, a Paris court said, Sanofi waited until 2003 to alert their customers of the teratogenic effects of their profitable anticonvulsant drug, Depakine (sodium valproate).  According to Bloomberg, the court even accused Sanofi of selling a “defective” product for decades.

In its package insert for the drug, Sanofi now writes that Depakine “CAN SERIOUSLY HARM AN UNBORN CHILD WHEN TAKEN DURING PREGNANCY.  Children exposed to [Depakine] in utero have a high risk of serious developmental disorders (mental and physical) and behavioural disturbances (up to 30 to 40% of cases) and/or birth defects (approximately 10% of cases).”

Depakine is an anti-epileptic, anticonvulsant drug that’s included on the list of Essential medicines by the World Health Organization.  Sadly, since its first approval in the late 1960s, Depakine has been implicated in tens of thousands of cases of neurodevelopmental problems and birth defects in children due to women taking the drug while pregnant.

Bloomberg reports that a class-action lawsuit of this kind “would be a legal first in France.” Reuters also reported two years ago that French prosecutors initially launched an investigation as far back as 2016.

Here are the side effects of Sanofi’s epilepsy drug, in case you were wondering

As if birth defects weren’t tragic enough, Depakine also features some intrusive and “common” side effects that are listed in the package insert (affecting as many as 1 in 10 people who take the drug).  These include:

Depakine can also cause serious and potentially fatal pancreas and liver damage, Sanofi admits.  It’s truly hard to believe that such drugs are widely available and prescribed!

Of course, let’s be clear: epilepsy and other seizure disorders can be incredibly difficult to live with.  Anyone with epilepsy must carefully weigh the benefits vs risks of any possible treatment with their medical team – but they MUST be fully informed of all the known and unknown risks they are taking on when deciding to ingest a drug.

People must also understand that these types of catastrophic oversights and failures of drug companies are not uncommon.  And the fact that government officials and mainstream media would demand that we believe and trust in Big Pharma without questioning them whatsoever – or insist that anyone who does question Big Pharma’s intentions and motives is spreading dangerous “misinformation” and should be silenced – speaks of an undercurrent of horror that is hard to truly capture.

(NaturalHealth365)  Is the COVID shot necessary for kids?  We know most people END_OF_DOCUMENT_TOKEN_TO_BE_REPLACED

(NaturalHealth365)  As Big Pharma rolls out one COVID booster after another, a END_OF_DOCUMENT_TOKEN_TO_BE_REPLACED