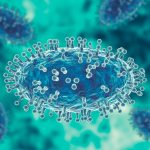 (NaturalHealth365)  As of May 27, 2022, the U.S. Centers for Disease Control and Prevention (CDC) has identified multiple cases of so-called monkeypox in several U.S. states, including Massachusetts, Florida, Utah, Washington, California, Virginia, and New York.  According to the World Health Organization (WHO), the outbreak has impacted 12 countries where the disease, which has been compared to a milder version of smallpox, is not endemic.

Given how the COVID-19 pandemic has been going, perhaps it is no surprise that the Biden administration has already dumped nearly $120 million into purchasing some freeze-dried monkeypox vaxxes (you know … just in case).  But this might shock you:

Evidence suggests the outbreak was not unexpected at all … almost as if we are looking at Event 201 all over again (i.e., global bigwigs and billionaires sit around and “simulate” a pandemic and subsequent pandemic response … then a pandemic starts just a couple of months later).

Was this sudden outbreak of monkeypox actually planned?

The Nuclear Threat Initiative is a “nonprofit, nonpartisan global security organization focused on reducing nuclear and biological threats imperiling humanity,” according to their website.  Their funders and donors include none other than the Bill & Melinda Gates Foundation.

In March 2021, NTI worked alongside the Munich Security Conference (as well as dozens of leaders from various fields, including public health, biotechnology industry, international security, and philanthropy) to create a “tabletop exercise” about reducing the risk of biological threats.  A full report of their exercise, called “Strengthening Global Systems to Prevent and Respond to High-Consequence Biological Threats: Results from the 2021 Tabletop Exercise Conducted in Partnership with the Munich Security Conference,” includes some incredibly eerie lines:

Hopefully, this “fictitious” exercise is in no way an omen of future occurrences.

Monkeypox is considered a rare viral disease.  Most people who get this illness seem to recover fully after experiencing only minor symptoms … but of course, this might not stop government officials from wanting to push yet another wave of vax hysteria onto the world.

According to the WHO, these current global monkeypox cases “have mainly but not exclusively been identified amongst men who have sex with men (MSM) seeking care in primary care and sexual health clinics.”  The WHO also identifies where monkeypox is currently endemic in the world, including Benin, Cameroon, the Central African Republic, the Democratic Republic of the Congo, Gabon, Ghana (identified in animals only), Ivory Coast, Liberia, Nigeria, the Republic of the Congo, Sierra Leone, and South Sudan.  Endemic means that a particular disease is consistently present at a baseline level in a certain area or population.

The signs and symptoms of monkeypox are generally mild: fever, swollen lymph nodes (which do not occur in smallpox), muscle aches, chills, fatigue, and rashes or lesions that can develop into vesicles, papules, macules, pustules, and scabs.

What do you think?  Based on the above-cited evidence, isn’t it plausible to believe that we may have another “plandemic” on our hands?

(NaturalHealth365)  First, it was menstrual problems, and now, it’s current and future END_OF_DOCUMENT_TOKEN_TO_BE_REPLACED