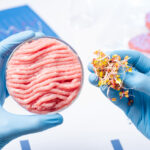 (NaturalHealth365)  There is a common misconception that all vegan and vegetarian food products are nutritious.  Listen to the mainstream media, and you’ll hear about how vegan fare is a net positive for human health and the environment.  For example, Impossible and Beyond faux burgers have become quite popular in recent years, especially among tweens, teens, and twenty-somethings concerned with health and ecological sustainability.

Cut to the truth of the matter, and you will find Impossible faux burgers are anything but healthy.  Read through the list of ingredients of Impossible veggie burgers and other processed vegan food products, and you’ll find they contain a plethora of chemicals, GMO ingredient, and unhealthy additives.  A recent study revealed that Impossible Burger contains an ingredient likely to cause weight gain along with kidney disease and other health problems.

Why you should think twice before eating an Impossible Burger

Impossible Burgers, Beyond Burgers, and other faux meat options are marketed as healthy alternatives to animal flesh that supposedly benefit the environment and the greater good.  Though vegan alternatives certainly have their merits, there are also some important drawbacks.  Impossible Foods recently conducted an analysis of rats after consuming Impossible faux burgers.  The study results were fairly surprising, especially from the perspective of Impossible executives, who likely assumed their products would have minimal or no impact on rats.

Why soy leghemoglobin (SLH) is detrimental to human health

The GMO ingredient, soy leghemoglobin, is created from yeast.  However, the yeast used for soy leghemoglobin is also genetically modified.  In summary, Impossible Foods’ faux burgers contain a genetically altered variation of soy stemming from yeast that food scientists within laboratories have also altered.  The resulting “Frankenburger” appears to be anything but healthy.

Though the weight and blood composition changes identified in rats after consuming the Impossible Burger are not guaranteed to occur in humans after consuming the same food products, the study results are concerning.  The United States Food and Drug Administration (FDA) allows Impossible to sell its chemical-laden and genetically modified products throughout the country.  Impossible’s brass obtained governmental permission to market the faux hamburger in the United Kingdom and the European Union after requesting clearance in 2019.

Should Impossible Burger be available to the public?

Let’s shift our attention to what matters most: human health and nutrition in the societal push toward veganism that becomes more transparent by the day.  Health experts, nutritionists, and government officials far and wide are pushing a narrative that a society-wide transition to veganism or vegetarianism will save the planet, reduce medical bills and extend human longevity.  However, the above study makes it clear that concerns about the GMO ingredient SLH and other chemicals added to faux meat products are valid.

The lesson from the scientific community’s analysis of processed vegan and vegetarian food offerings is that they should be viewed with a healthy dose of skepticism.  It is widely known that consuming toxic red meat has the potential to cause cardiovascular problems, yet it is also clear that Impossible’s fake burgers have the potential to lead to even worse outcomes, including potential inflammation, anemia, kidney disease, and dreaded weight gain.

(NaturalHealth365) You’ve probably heard that too much sugar harms your health.  Sugar END_OF_DOCUMENT_TOKEN_TO_BE_REPLACED

(NaturalHealth365)  Menopause is a natural part of getting older, signaling the end END_OF_DOCUMENT_TOKEN_TO_BE_REPLACED

(NaturalHealth365)  More Americans are dieting than ever before.  Almost half of Americans END_OF_DOCUMENT_TOKEN_TO_BE_REPLACED