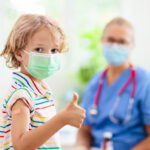 (NaturalHealth365)  Stunning developments in the United Kingdom – and all happening in tandem with America’s Food and Drug Administration (FDA) and Centers for Disease Control and Prevention (CDC) giving the full green light to COVID jabs for kids aged 6 months through 12 years.

The UK’s Health Security Agency is no longer offering the vaccine to children aged 5 to 11 in places like England.  Could concerns over kids’ health and future fertility problems be part of the reason?

Parents in England no longer able to get their 5 to 11 year old kids injected with COVID shots, according to UK government agency

The UK Health Security Agency recently announced that children who had not turned five by the end of August 2022 would not be eligible for a COVID shot until they turn 12.  This shift aligns with recommendations from the UK’s Joint Committee on Vaccination and Immunisation (JCVI) made in February of this year.

In an interview published online on September 7, Dr. Naomi Wolf and Steve Bannon discussed new research that may suggest a link between COVID jabs and childhood reproductive development.

Acknowledging that the research cannot show cause and effect, Dr. Wolf refers to data indicating that the jabs “hurt the testes and hurt the parts of the testes that develop the masculinity and secondary sex characteristics of little boys, and baby boys, and teenage boys.  So they literally harm the chances of your little boy child to grow up normally as a male human adult.”

She adds that concerning evidence linking COVID jabs and fertility is not just about the suppression of sperm count or mobility but “something even more insidious” because these lipid nanoparticles literally pass into the reproductive organs of young boys.

Fertility rates in the United States can be a bit confusing at first glance.  According to a recent analysis by the U.S. Census Bureau and the National Center for Health Statistics, American fertility rates between 1990 to 2019 have been relatively steady – but there are “distinct variations by age” that tell a much different story.

For instance, the analysis found that fertility rates of women between the ages of 20-24 declined by an incredible 43%, whereas fertility rates in women aged 35-39 increased by 67% during that same time period.  The researchers suggest a “variety of phenomena” that could explain these variations, including “generational changes to disease.”  One could also add the cultural trend of delaying parenthood as many American women pursue higher education and careers.

Of course, we also can’t help but point out that many women who were between the ages of 35 and 39 during that time period were, by many accounts, among the last generations of Americans, to have a childhood vax schedule “only” featuring a dozen or so injections.  That is to say, these women grew up around the time that the National Childhood Vaccine Injury Act was passed in 1986, an act that granted immunity to pharmaceutical companies.  Predictably, the number of shots included on the “recommended schedule” increased dramatically after this act was passed, which is a major shift that many of today’s older women simply weren’t a part of.  (Just search “childhood vax schedule then and now” to see what we mean if you haven’t already).

In other words: is it possible that today’s younger females could be facing declining fertility rates in part because they have had higher exposures to early childhood toxins due to the “schedule?”

Because the latter statement would require definitive proof – and if you’ve ever read section 13.1 of any vax insert, you’ll see that the government admits there is no sufficient proof.  (Most, like the MMR shot, for instance, say something like this: “this drug has not been evaluated for carcinogenic or mutagenic potential or impairment of fertility.”)

“Absence of evidence is not proof of absence.”  Let us remember this as American officials continue to push more drugs onto our children while our neighbors in other countries decide to do things very differently.

(NaturalHealth365)  The Wall Street Journal (WSJ), an organization that reports the news, END_OF_DOCUMENT_TOKEN_TO_BE_REPLACED