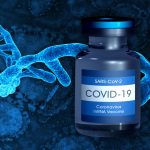 (NaturalHealth365) After dozens of alarming cases of heart inflammation were reported following the COVID mRNA injection – especially after the second dose – pharmaceutical companies Pfizer and Moderna were forced to list heart inflammation as a possible adverse effect of their experimental and highly profitable drugs.

Public health officials were quick to ensure people that these cases of heart inflammation are rare and generally not serious.  But one Canadian doctor recently shared insights into the COVID shots that foretell serious health issues for jab recipients – such as heart failure – even if they do not experience heart inflammation in the short term.

Dr. Charles Hoffee is a practicing family physician from British Columbia.  In a recently released video, he makes a dire warning about the long-term outcomes of people who have received the experimental mRNA jabs.

It may help to remember that the COVID-19 virus gets into cells via small spike-like structures on its surface named, aptly, spike proteins.  As Dr. Hoffe explains in his interview, the experimental mRNA injections trigger cells in the body to produce “trillions and trillions of these spike proteins.”

The body’s immune system recognizes these proteins as foreign and creates antibodies against them.  Now, the injected person is supposedly protected against COVID-19, because if they ever come across SARS-CoV-2 (the so-called virus that causes the pandemic illness), they will already have antibodies against the virus’s spike proteins and their body will therefore be able to launch a faster attack.

Of course, we’ve been told the spike proteins produced by our bodies in response to the mRNA jabs are “harmless.”  But this isn’t the case, Dr. Hoffe argues.

Spike protein production is intended to occur in muscle cells near where the injections are administered.  But according to Dr. Hoffe, this isn’t what’s happening.

“Only 25 percent of the ‘[injection]’ injected into a person’s arm actually stays in your arm,” he says. “The other 75 percent is collected by your lymphatic system and literally fed into your circulation.”  As a result, trillions of these “little packages” of messenger RNA get absorbed into cells inside the blood vessels, Dr. Hoffe says, including endothelial cells found in capillaries.

It is here, in endothelial cells lining the body’s tiniest blood vessels, that the mRNA molecules go to work, using genetic instructions to force cells to manufacture the infamous spike proteins.

Unfortunately, these spike proteins become embedded into the cell walls (just as they are embedded into the surface of the virus itself), turning your normally smooth endothelial cells into cells with damaged, spiky surfaces.  And because of this, Dr. Hoffe says, it is “inevitable” that people who have received the mRNA jabs will eventually suffer from blood clots and even possible heart failure.

Here is why Dr. Hoffe predicts mRNA jabs will inevitably lead to blood clots – and that “the worst is yet to come”

It comes down to blood platelets.

Platelets circulate throughout your blood vessels.  Their main job is to detect damaged vessels and stop bleeding – by forming clots.  “So, when the platelet comes through the capillary it suddenly hits all these COVID spikes,” Dr. Hoffe says, “… it becomes absolutely inevitable that blood clots will form to block that vessel.”

These are not the large blood clots that can be seen on medical imaging, the doctor adds, but rather microscopic ones that are only detectable with certain tests, such as a D-dimer test.  (D-dimer is a protein made by your body when clots are broken down.  High D-dimer levels suggest the presence of abnormal clot formation.)

Dr. Hoffe himself has begun detecting elevated D-dimer levels in over 60 percent of his patients who have received Pfizer or Moderna shots.

Overall, Dr. Hoffe predicts people who have received mRNA jabs are at risk of fatal heart failure within a matter of years because of this spike protein effect.  Given that we have no data on the long-term effects of these drugs, it is a concerning prediction, indeed.

For more information, you can watch the 8-minute video here:

(NaturalHealth365)  One of the big talking points of mainstream media, MD influencers, END_OF_DOCUMENT_TOKEN_TO_BE_REPLACED

(NaturalHealth365)  Are we surprised at this point?  Breaking news from the U.S. END_OF_DOCUMENT_TOKEN_TO_BE_REPLACED

(NaturalHealth365)  Statin use is at an all-time high in the United States, END_OF_DOCUMENT_TOKEN_TO_BE_REPLACED