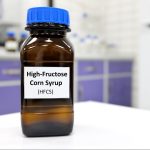 (NaturalHealth365)  The latest research shows that high fructose corn syrup (HFCS) is not only addictive but can cause behavioral reactions similar to those produced by drugs such as cocaine.  The results of these studies were presented by addiction expert Francesco Leri, Associate Professor of Neuroscience and Applied Cognitive Science at the University of Guelph, Ontario, Canada.

These results clearly suggest that the current (global) obesity epidemic, violent crimes, and disease largely stem from poor quality food laced with HFCS, MSG, plus many other additive ingredients.  Yet, the lame-stream media continues to focus on promoting greater governmental control over our lives to “save us.”

Did you know that drug addicts and high fructose corn syrup users – use the same (overused) brain circuits?  There is significant activity in all areas of the brain, especially in the hippocampus, when consuming potent sweeteners.  When addicted to powerful substances – you can literally burn out the brain from over-simulation.

So, when you consider that a healthy brain is essential for learning, memory, and emotional wellbeing – it’s no wonder we have so many health problems from these unnatural sweeteners.

Dr. Leri stated, “We have evidence in laboratory animals of a shared vulnerability to develop preferences for sweet foods and cocaine.”

Dr. Leri investigated the behavioral, chemical, and neurobiological changes induced by the consumption of “addictive foods” in the body and brains of lab animals.

Though we don’t always equate human studies with animal ones, there is one thing we surely have in common – humans (and animals) are being used experimentally.  HFCS, aspartame, and GMOs do not have adequate safety testing – yet soulless politicians have approved them, and the health consequences are devastating.

We are what we eat – literally

Our diet can modulate numerous pathways that can cause all types of inflammatory diseases such as Alzheimer’s disease, cancer, cardiovascular disease, and diabetes.  And, let’s not forget, food significantly influences our moods and behavior.

If you’re feeling a little depressed – clean up your diet!

Food can switch critical genes off and on, modulate cell-signaling molecules and target different organs.  When we consume unnatural (toxic) substances – we make it easy for the “wrong” message to get into our cells.  What do you think – could all of this toxic food be causing the rise in autoimmune disorders?

In a small human study, published in the Journal of the American Medical Association (JAMA), scientists used magnetic resonance imaging (MRI) scans to track blood flow in the brain of young normal-weight individuals.  The scans showed that drinking plain glucose “turns off the areas of the brain that are critical for reward and desire for food,” according to Dr. Robert Sherwin, Chief of Endocrinology at Yale University School of Medicine.

According to Dr. Sherwin, it also showed that with fructose, “we don’t see those changes” and “as a result the desire to eat continues – it isn’t turned off.” The researchers saw these changes in the hypothalamus, insula, and striatum, which are regions in the brain that regulate appetite, motivation, and reward processing, in addition to increasing connections in certain brain pathways linked to satiety.

Is HFCS worse than sugar?

Researchers found that fructose was more potent than glucose in bringing about changes within the central nervous system.  We all know that excessive sugar intake can produce opiate-like effects similar to psycho-stimulants.  Well, HFCS is no different – causing all kinds of food cravings, binging, and withdrawal issues.

High fructose corn syrup may take longer to produce a cocaine-like reaction – but it’s real and quite harmful.  In addition, HFCS will cause you to experience less focus and mental clarity, more drowsiness, and a higher level of anxiety.  If you’re having difficulty concentrating or being productive – remove processed sugar (and artificial sweeteners) from your diet.

We all want the same thing for ourselves and future generations – freedom, great health, and happiness.  If we really want to improve our society by eliminating senseless violence and avoiding disease, we must improve humanity’s diet.

Our future depends on it.

(NaturalHealth365)  The food we eat should keep us healthy and strong.  But END_OF_DOCUMENT_TOKEN_TO_BE_REPLACED

(NaturalHealth365)  Being on a diet takes lots of hard work and discipline.  END_OF_DOCUMENT_TOKEN_TO_BE_REPLACED

(NaturalHealth365)  Chicken is the average person’s meat of choice, yet most people END_OF_DOCUMENT_TOKEN_TO_BE_REPLACED