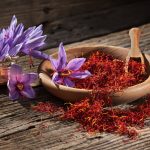 (NaturalHealth365)  Saffron is one of the world’s most exotic and expensive spices.  Besides its culinary prowess, it is a powerful healer with a long history of use as a medicinal herb dating back to ancient times.

Thankfully, modern science is finally catching up and realizing the therapeutic effects of saffron on memory and mood.

One of the most exciting findings on saffron’s medicinal use comes from a couple of studies published in the Journal of Clinical Pharmacology and Therapeutics and Psychopharmacology.  These studies show that saffron can protect against Alzheimer’s disease.

At the end of the two studies, study authors discovered that the patients who took the daily saffron (in both monitored groups) did better on cognitive memory tests than those who did not take it.

How does saffron work to help the brain retain information?

Saffron is full of natural antioxidants.  These antioxidants are known to offer some protective benefits against the amyloid plaques that form in the brain of Alzheimer’s patients.

In addition, this spice also has gallic acid – which supports healthy immune function – which helps to keep those plaques from forming in the first place.  And, finally, saffron contains pyrogallol, a natural compound that scientists have long known to have memory protective benefits.

The evidence seems to point strongly to the fact that saffron, taken daily in moderate amounts, can protect against Alzheimer’s disease.  It may even help improve memory, during the early stages of the disease, by keeping the formation of amyloid plaques to a minimum.

Saffron has been used as a mood elevator since ancient Persian times.  This is significant since conventional antidepressants are often given to Alzheimer’s patients, increasing the risk of unwanted side effects such as nausea, weight gain, insomnia, and anxiety.

With Alzheimer’s disease already causing so many health problems, why would any rational healthcare professional want to give out dangerous drugs like Paxil, Zoloft, and Prozac – three of the most popular drugs on the market?  Because of the danger posed by these selective serotonin reuptake inhibitors (SSRIs), many scientists are reasoning that the mood-boosting benefits of saffron would be helpful in treating Alzheimer’s disease.

In fact, in July 2013, a study was done to test the mood-boosting properties of saffron.  The same 30 milligrams a day was given to a group of clinical depressives for six weeks.  At the end of the study, it was found that the mood of the test subjects improved as much or better than with traditional antidepressant drugs, and there were no side effects.

Although the pharmaceutical industry may not be so happy about these results, it seems saffron has many benefits for the brain, and those benefits could lead to better memory function for those with Alzheimer’s disease.  And, while it may not represent a ‘cure,’ it is definitely something that can offer hope for a better future and a healthier memory for those who take it.

(NaturalHealth365)  Organic produce sales are booming around the world.  Of course, by END_OF_DOCUMENT_TOKEN_TO_BE_REPLACED

(NaturalHealth365)  Acupuncture is a centuries-old remedy that was first used in China.  END_OF_DOCUMENT_TOKEN_TO_BE_REPLACED

(NaturalHealth365)  How many vibrant green superfoods do you consume daily?  If it’s END_OF_DOCUMENT_TOKEN_TO_BE_REPLACED