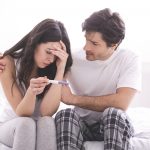 (NaturalHealth365) Why is there a global crash in children being born?  Fertility rates have fallen so dramatically that nearly every country in the world could have shrinking populations by the end of the century, with 23 nations expected to see their populations halve by 2100.  While birth rates have sharply declined during the coronavirus pandemic, the plunge in fertility rates began decades ago, as the burdens of life – the cost of housing, education, daycare, healthcare – have forced younger generations to postpone having children or not have children at all.  At the same time, an increasing number of scientific reviews suggest that toxicity in the environment – particularly industrial chemicals – harms reproductive health and contributes to decreased fertility in women.

In a recent study that measured the levels of 31 common industrial chemicals in the blood of 60 women, researchers found significant connections between reduced egg numbers and certain chemicals, including PCB (used in coolants), DDE (a by-product of DDT), and PBDE (a flame retardant).  While many of these chemicals have been banned, they were commonly used in household products (Scotch Guard, Teflon, mosquito sprays) and are still present in the environment.

“Most couples may have to use assisted reproduction by 2045”

Until recently, falling sperm counts and male infertility, not decreased fertility in women, were viewed as the main threat to human survival.

A study co-authored by Shanna Swan, professor of environmental medicine at Mount Sinai school of medicine in New York, found that sperm count in the West plummeted 59% between 1973 and 2011.

According to Swan, chemical exposure is partially responsible for the decline.

“Chemicals in our environment and unhealthy lifestyle practices in our modern world are disrupting our hormonal balance, causing various degrees of reproductive havoc,” says Swan, and she points the blame at “everywhere chemicals” such as phthalates and bisphenol-A, which are found in plastics, cosmetics, and pesticides.

The reproductive crisis is so dire that Swan says, “most couples may have to use assisted reproduction by 2045.”

But exposure to toxic industrial chemicals doesn’t just affect male fertility.  Many of these chemicals can interfere with or mimic the body’s sex hormones, such as estrogen, increasing the risks of fertility challenges among women.

How to reduce exposure to endocrine-disrupting chemicals

While research indicates that endocrine-disrupting chemicals can affect sperm, eggs, and embryo quality, little is being done about it.

The U.S. lags behind the European Union in regulating these chemicals, and a revision of legislation is necessary, but it’s a call to action that falls on deaf ears.  Limiting exposure to dangerous chemicals is up to you, the consumer.

Since the 1940s, the number of industrial chemicals has increased, and their abundance in our environment and everyday life has become difficult to reckon with.  Don’t wait for the U.S. government to take action.  Small lifestyle changes can make a big difference in improving your reproductive health.

(NaturalHealth365)  Each year, over 5 million people are treated for skin cancer, END_OF_DOCUMENT_TOKEN_TO_BE_REPLACED

(NaturalHealth365)  Plastics are everywhere in our environment.  They are a convenient and END_OF_DOCUMENT_TOKEN_TO_BE_REPLACED