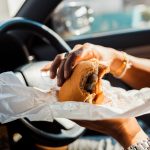 (NaturalHealth365)  If you love fast food like nearly 37% of the United States population who eat it a day, you may be consuming industrial chemicals.  That is exactly what a study published by George Washington University recently found.

Upon testing their samples, the researchers found small amounts of harmful chemicals called phthalates in most food samples.

Phthalates, anyone? Toxic plasticizer is found in a host of products, even in your fast food

Phthalates are a group of chemicals that are commonly referred to as plasticizers.  They are commonly used to make plastics soft or more durable.  Some are used to dissolve certain materials.  These chemicals can be found in all sorts of products, including:

Sadly, in fast foods, they are being consumed by millions of people – every day.

How do phthalates affect human health?

There are some concerning health issues that are linked to phthalates in humans.  Some types have caused problems with the reproductive system in humans and animals.  There is not enough research to determine how low levels of phthalate exposure affect humans, but some conditions are believed to be linked to it.

These chemicals have also been linked to learning disorders and behavioral and attention disorders during childhood.  They have also been found to disrupt the endocrine system and are linked to other health problems, including cancer and autoimmune disorders.

Some of the foods contained higher levels than others, and certain chemicals were more prevalent than others.  But, overall, the breakdown was eye-opening:

Fast food meats like chicken burritos and cheeseburgers had the highest levels of phthalates and the highest DEHT levels.  In addition, the gloves that were used for food handling at the restaurants also contained DEHT.

Of all the foods tested, cheese pizza had the lowest levels of the majority of the chemicals.

Reality check: Government agencies fail to protect the public from dangerous chemicals in the food supply

At this time, the U.S. Food and Drug Administration (FDA) does not have any legal thresholds that limit how much phthalates can be in our food.  The Environmental Protection Agency (EPA) does have certain guidelines in place regarding thresholds for phthalate levels but what was found in the samples fell below that mark.

The FDA has agreed to review the study and consider it a portion of the body of scientific evidence.  The chemicals have been banned from certain products, including toys, but are still used to make industrial tubing, rubber gloves, and conveyor belts – all used in factories that produce or process foods for fast food companies.  They are also found in the packaging of those products and the foods.

So what can you do to protect your family against these harmful chemicals?

The best thing you can do is eat as fresh (and organic) as possible.  This would include buying local when possible and preparing your food at home.

Never underestimate the value of shopping at your local farmers market and eating unprocessed, locally-grown (organic) food.  It’s the best!

If you’re looking to “indulge” a bit: you can prepare your own ‘fast foods’ like pizza (made from glyphosate-free flour and organic ingredients) or 100% grass fed beef burgers ahead of time, freeze them, and cook them whenever you’re ready.  This would be one way to accomplish the time-saving convenience of fast food without the dangers associated with conventional fast food meals.

After all, who really wants industrial chemicals with every meal?

(NaturalHealth365)  Organic produce sales are booming around the world.  Of course, by END_OF_DOCUMENT_TOKEN_TO_BE_REPLACED