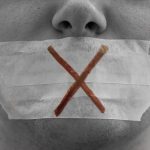 (NaturalHealth365)  Is it the season of lawsuits around here?  As reported by Children’s Health Defense, a new lawsuit alleges that the US Surgeon General and the Department of Health and Human Services (HHS) violated the First Amendment by plotting with social media giants to censor individuals accused of spreading COVID-19 “misinformation.”

The civil rights lawsuit is being brought forth on behalf of three men who faced temporary or permanent suspension from Twitter at some point between May and December 2021.

How far will they go to silence you?  New lawsuit accuses HHS of violating Americans’ right to free speech, demanding censorship and deplatforming

The plaintiffs in this lawsuit are Mark Changizi, Daniel Kotzin, and Michael P. Senger.  The defendants are US Surgeon General Dr. Vivek Murthy and HHS Secretary Xavier Becerra in the U.S. District Court for southern Ohio.

The nonpartisan, non-profit civil rights group New Civil Liberties Alliance (NCLA) has organized the lawsuit on the plaintiffs’ behalf.  NCLA states that its mission is to “protect constitutional freedoms from violations by the Administrative State,” or in this case, the constitutional right to freedom of speech.

In court documents, the civil rights group calls out the Surgeon General and HHS for “ordering social media companies, like Twitter, to remove certain posts and ban certain users.”  They add that these were not “requests” from government officials “but demands, and that the administration was contemplating penalties against social media platforms for allowing ‘misinformation’ to be disseminated on them.”

Misinformation is a questionable word, of course, especially in relation to the COVID-19 pandemic.  After all, yesterday’s “misinformation” is today’s accepted, Mass Media- and Daddy Government-approved “fact.”  The NCLA points to this in their claim, stating that “what the public health establishment deems misinformation today may next week turn out to be the consensus position of experts on the matter.”

In what they call “publicly directed censorship,” NCLA cites Mr. Senger’s experience, who was permanently suspended from Twitter on March 8, 2022.  (The other plaintiffs in the lawsuit, Mr. Changizi and Mr. Kotzin, received temporary bans from Twitter.)  Senger’s crime?  Sharing his opinion that COVID-19 mitigation measures didn’t work, and in fact have been directly and indirectly harmful in many ways.

But as the NCLA points out, such an opinion has now been corroborated by multiple studies, including a recent Johns Hopkins University study.  The study, called “A literature review and meta-analysis of the effects of lockdowns on COVID-19 mortality,” and currently available via the Johns Hopkins website, found that 2020 lockdowns had “devastating” effects, including reduced economic activity, increased unemployment, and increased domestic violence.

Censorship is troubling enough.  But to learn that the government is trying to strong-arm Big Tech companies into handing over private information about their users – simply because some users share content that goes against the “acceptable” narrative – is troubling.

On March 3, 2022, the U.S. Surgeon General ordered tech companies to turn over information “about sources of COVID-19 misinformation” by May 2, 2022.  The NCLA says this, along with other evidence they present, is sufficient proof that government officials are “not simply colluding with, but instrumentalizing Twitter and other technology companies to effectuate their goal of silencing opinions that diverge from the White House’s messaging on COVID-19.”

(NaturalHealth365)  The Wall Street Journal (WSJ), an organization that reports the news, END_OF_DOCUMENT_TOKEN_TO_BE_REPLACED