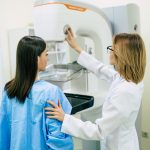 (NaturalHealth365)  For years, doctors have claimed that an annual mammogram is the “most effective” way for women to minimize their breast cancer risk.  The facts are now coming out that having yearly mammograms that use low-dose radiation to test for abnormalities can actually increase a woman’s risk of cancer by as much as six percent.

In fact, it could be even higher in women who have larger breasts simply because there is more damage to the DNA within the breast tissue.

But wait, I thought mammograms were safe!

For decades, we have been told that mammograms are safe and that they are the single most effective way to reduce your risk of breast cancer.  What doctors did not tell us, however, is that the low-dose radiation that is used in mammograms is more dangerous than gamma radiation.

Being exposed to low-dose radiation every other year during the 30-plus years that women are recommended to have mammograms may result in an almost 10 to 1 death rate.  With those kinds of numbers, how can the medical profession still claim mammograms are good for us?

It can also make it hard to believe that mammograms are good for us if we look at the number of misdiagnoses made every year.  Breast cancer is overdiagnosed in alarming numbers through mammograms, and many of those women are told to get a mastectomy.

It is just one of many issues doctors are now associating with this type of breast cancer screening.  As more and more studies are performed on the use of mammograms and their overall effectiveness, the web of lies created surrounding the procedure is much more detailed than previously thought.

So who are you supposed to believe?

Doctors continue to tell women that mammograms are safe even though many new studies are starting to prove otherwise.  So while encouraging women to get their biennial mammograms, doctors are also supposed to give them accurate and transparent information concerning the tests’ safety.

The problem is they rarely disclose any possible adverse reactions from being exposed to the radiation in mammograms.  In Germany, it has been proven that women are not receiving accurate or transparent information, leaving women who receive regular mammograms more susceptible to radiation-induced breast cancer.

It’s your health!  Remember to advocate for yourself and ask the difficult questions

There are other ways to test for cancer in the breast without having to endure a mammogram.  For example, ultrasounds can show the density of a lump in the breast and will be able to give the doctor a fair idea as to whether or not it’s cancerous.

Women who have been dutiful in following their doctor’s orders for the past several years and getting their regularly scheduled mammograms have actually increased their overall risk of radiation-induced breast cancer.  It’s time to start reconsidering what information your doctor is giving you and begin to ask the hard questions.

Keep in mind, even though your doctor is required to tell you the truth … they may not know any other way to treat cancer.  Ultimately, it’s up to you to make sure you are getting the most accurate information possible to make an informed decision.

(NaturalHealth365)  The blue light from your smartphone screen, computer screen, and TV END_OF_DOCUMENT_TOKEN_TO_BE_REPLACED