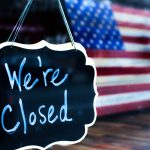 (NaturalHealth365) The mandatory COVID lockdowns, business closures, and stay-at-home orders implemented in California and elsewhere have had catastrophic effects on American individuals, families, businesses, and communities.  Many are left with an unpleasant question – has it even been worth it?

While some economists claim the economy would actually be doing better right now had earlier lockdowns been more aggressive, the same might not be true for the spread of COVID-19 itself – at least not according to a recent study.

The international peer-reviewed study was published this month in the European Journal of Clinical Investigation.  Stanford researchers assessed whether countries that used the most restrictive “non-pharmacological interventions” for curbing COVID-19 had lower rates compared to countries that used less restrictive and voluntary measures.

The most restrictive non-pharmacological interventions include mandatory stay‐at‐home and business closures.  These questionable social policies were used within the following countries:

In contrast, Sweden and South Korea have had less restrictive measures throughout the pandemic.

Using a mathematical model to compare these different nations, the Stanford researchers concluded that there was “no clear, significant beneficial effect of more restrictive [non-pharmaceutical interventions] on case growth in any country.”

SHOCKING revelation: Lockdowns may have the opposite effect, study reveals

Incredibly, the effect of mandatory lockdowns and business closures in France appeared to actually promote COVID spread when compared with South Korea, according to the researchers’ calculations.  This is consistent, the study says, “with a recent analysis that identified increase transmission and cases in Hunan, China during the period of stay-at-home orders from increased intra-household density and transmission.”

“In other words,” the authors state, “it is possible that stay-at-home orders may facilitate transmission if they increase person-to-person contact where transmission is efficient such as closed spaces.”

This study does have limitations, and other existing data contradict the Stanford authors’ findings.  For example, a recent study from Nature claimed that 495 million coronavirus cases were avoided due to early lockdowns in the US, China, France, and elsewhere.  Interestingly, this research included South Korea — suggesting that lesser restrictive lockdowns could indeed contribute to the prevention of COVID-19 spread.

Even so, the question of whether lockdowns and business closures “work” at slowing disease spread is only part of the predicament.  As the Stanford researchers note, many interventions to curb COVID-19 are projected to cause serious harm.  For instance, a November 2020 paper from JAMA Network Open estimates that US school closures — in spring 2020 alone — “could be associated with more eventual [years of life lost] than would be observed if these schools had remained open.”  Understandably, “the analysis favored schools remaining open.”

Job loss and economic despair can’t be ignored, either.  As of January 8, 2021, the Bureau of Labor Statistics notes that the U.S. unemployment rate is 6.7 percent.  That’s down from a tragic and nearly unprecedented rate of 14.8 percent back in April 2020, but still worse than the 4 percent unemployment rate of December 2018.

These days, we’re starting to see even staunch lockdown supporters like Governor Cuomo begin to call for their states’ re-opening.  Time will tell how long it will take (and how many hoops will have to be jumped) to get things back up and running.

(NaturalHealth365)  The telecommunications industry has rolled out 5G connectivity quite inconspicuously.  The END_OF_DOCUMENT_TOKEN_TO_BE_REPLACED