‘Lockdowns are a big mistake:’ World Health Organization and other experts now ADMIT global economic shutdowns for COVID-19 are WRONG 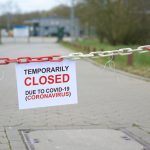 (NaturalHealth365) In a reversal few saw coming but most understand, officials from the World Health Organization (WHO) has finally condemned the global economic shutdowns.  Far from saving people’s lives, these shutdowns have in their estimation caused “irreparable damage” to citizens of the world – especially the most vulnerable among us – and have sparked a concerning upward trend of poverty and mental health issues.

The concern is so widespread and severe that epidemiologists from Stanford University, Oxford University, and Harvard University have put together a petition calling to finally end the unethical madness of COVID lockdowns.

WHO ADMITS: COVID lockdowns made “poor people an awful lot poorer” and may double the rates of malnutrition

In an interview with British media outlet The Spectator, Dr. David Nabarro of the WHO admitted that “we…do not advocate lockdowns as the primary means of control of [the novel coronavirus pandemic].”

Are you surprised, Governor Newsom and Governor Cuomo?!

He cites economic devastation in regions like the Caribbean as examples of the profound mess lockdowns and travel restrictions have caused.

Mental health consequences of these ill-advised and protracted shutdowns cannot be ignored, either. For example, the U.S. Centers for Disease Control and Prevention (CDC) announced in August that there were “considerably elevated adverse mental health conditions associated with COVID-19,” with fully 40% of American adults struggling with worsening mental health, increased thoughts of suicide, and increased use of drugs and alcohol.

“The only time we believe a lockdown is justified,” Dr. Nabarro continued in The Spectator, “is to buy you time to reorganise, regroup, rebalance your resources, protect your health workers who are exhausted, but by and large, we’d rather not do it.”  And as battered as the WHO’s reputation may be, their concerns are fully supported by a growing collection of international experts from the fields of epidemiology, finance, public health, psychiatry, and more.

“The Great Barrington Declaration” makes these key points about ending the economic shutdowns … can we call on our local and national leaders to pay attention?

Spearheaded by Ivy league professors, a petition called the Great Barrington Declaration is making its rounds and currently features over 40,000 signatures. It calls to end the current lockdown policies which “are producing devastating effects on short and long-term public health.”

Here are a few key points from the petition:

Lastly, say what you will about “herd immunity,” but an important point should not be lost here: this cohort of the world’s leading epidemiologists and physicians admit that building of coronavirus immunity throughout the population is “not dependent” on a vaccine.  Therefore, holding the world hostage until a vaccine is available is simply not the way to minimize deaths and social harm.

Time will tell when world leaders will finally pay attention and heed these dire warnings.

(NaturalHealth365)  The telecommunications industry has rolled out 5G connectivity quite inconspicuously.  The END_OF_DOCUMENT_TOKEN_TO_BE_REPLACED