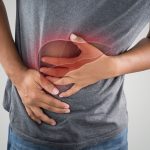 (NaturalHealth365) Chronic liver disease and cirrhosis are serious conditions, with the Centers for Disease Control reporting that the disorders claim over 41,000 lives per year.  But there is hope that emerging data can change this bleak figure – researchers say that when it comes to a dangerous complication of liver disease that affects the brain, probiotics can play a lifesaving role.

In a study presented by the American Gastroenterological Association and published in Clinical Gastroenterology and Hepatology, researchers at a hospital in New Delhi, India, found that probiotics prevented hepatic encephalopathy – a deterioration of brain function – from developing in patients with cirrhosis of the liver.

Close to half of all cirrhosis patients develop hepatic encephalopathy, caused by the inability of the liver to remove toxins from the blood.  Hepatic encephalopathy, or HE, causes neuropsychiatric problems and motor disturbances, with severity ranging from mild cognitive difficulties to coma and premature death.

Once the condition sets in, the survival rates are poor. 58 percent of patients succumb within the first year of developing HE; at three years, the percentage of fatalities rises to 77 percent – over three quarters of affected patients.

Probiotics slashed the rates of hepatic encepholopathy in half

The randomized, controlled trial involved cirrhosis patients who were at risk for hepatic encepholopathy, but who had not yet developed the condition. One group of participants received probiotics – several varieties of Bifidobacterium and Lactobacillus, including Lactobacillus acidophilus, which is found in live yogurt cultures – for three months; the control group received no probiotics.

The team found that probiotics were more effective than placebo at preventing HE. In fact, only 7 subjects in the probiotic group developed the condition, as opposed to 14 in the control group.

David W. Victor III, M.D, a noted hepatologist at Houston Methodist Hospital, praised the research as “rigorous” and expressed hope that it could yield a safe, effective and low-cost alternative to current medical treatments.  Although researchers knew that earlier studies had demonstrated that probiotics could help treat HE, this is the first study supporting probiotics’ ability to prevent it.

How do probiotics achieve such amazing results?

The team reported that probiotics work by modifying the gut microbiota – the microbial communities that exist naturally in the human gastrointestinal tract – with non-urease-producing micro-organisms that reduce the production of toxic ammonia.

In addition to causing lower levels of arterial ammonia, the probiotics also decreased inflammation and oxidative stress and lowered intestinal pH – all with no discernible side effects.

The lack of side effects alone makes probiotics a better bet for treatment of liver disease than the current standard treatment of lactulose, a nonabsorbable disaccharide. Researchers noted that probiotics were better tolerated than lactulose, which can cause diarrhea, bloating and gas.

Probiotics work to maintain health in many other ways

Although the effectiveness of probiotics against liver disease complications is wonderful news, it’s not necessary to have a serious health condition in order to benefit from probiotics. Probiotic foods contain bacteria that promote a friendly environment for beneficial microbes in the gut.

The University of Maryland Medical Center (UMMC) reports that probiotics are often used to restore the body’s balance after a course of antibiotics, as well as to promote healthy digestion and treat both constipation and diarrhea.

What are some good sources of probiotics?  High quality yogurt with active cultures, miso, raw sauerkraut, tempeh, kombucha plus many other fermented foods are a good source of probiotics. You can also take probiotics in the form of supplements, available as freeze-dried granules and powders as well as liquid preparations.

UMMC notes that the amount to maintain intestinal health can range from 1 to 15 billion colony-forming units per day.  Some experts suggest even more might be needed by some people.  For best results, talk to a trusted integrative physician to determine the amount that’s right for you – especially when dealing with a serious health issue.

(NaturalHealth365)  I’ll begin this article by stating the obvious: I am not END_OF_DOCUMENT_TOKEN_TO_BE_REPLACED