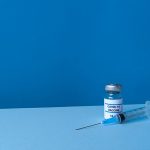 (NaturalHealth365)  Science fiction or terrifyingly true?  Some health professionals are now making the astounding claim that the COVID shot made by Moderna contains wireless nanosensors.

These nanosensors, it is argued, could be used as bioweapons of global control – or as part of a social credit score system, similar to what is currently being used in communist China.

Does the patent for Moderna COVID shots actually reveal that these jabs contain wireless nanotechnology?

In a December 3, 2021 interview on the Stew Peters Show, a Naturopathic Doctor named Dr. Ariyana Love claims she’s uncovered evidence from the Moderna patents which shows that the pharmaceutical company’s COVID jabs contain so-called “wireless nanosensors” that are partly made up of a compound known as graphene oxide.

Earlier this year, a Spanish doctor and University of Almeria biotechnology professor by the name of Dr. Pablo Campra reportedly tested samples of the mRNA COVID shots and claimed to have detected graphene oxide, which is proven to be toxic in humans and animals.  Of course, this claim has been labeled false by Reuters and other “fact-checking” websites.

But Dr. Love disagrees.  She says the nanosensors found in Moderna’s COVID shots are called “biochips,” and “they’re in more than one [Moderna COVID vaccine] patent, so yeah, they exist.”

She continues: “[The biochips] are made from graphene oxide, which also proves graphene oxide is listed in the patents … We have now proof that there’s graphene oxide, graphene hydroxide, and other graphene variants in these shots, and that [proof] comes from, so far, seven scientific research teams and scientists, including the University of Almeria.”

On her website, Dr. Love describes herself as the founder of Meta Nutrients, “an international foundation pioneering harmonized medicine,” as well as a second-generation Naturopathic Doctor, researcher, and writer.

You can hear her interview here and decide for yourself whether her claims sound plausible or not:

Whether they’re actually in COVID shots or not, biochips are real – and currently being used by people throughout the world.

China’s infamous social credit database system offers a wary example of what could happen if such nanotechnology becomes widespread.

According to a May 2021 article published by Business Insider, Chinese technology (including facial recognition and other forms of surveillance) currently allows government officials to “punish” citizens – in the form of travel bans, slow internet access, and more – for everything from speeding to downloading too many video games.

Incredibly, plenty of people in other parts of the world are signing up for biotechnology willingly.  In Sweden, for example, thousands of people have had microchips inserted under the skin so they can swipe their hands against digital readers to gain entrance to homes, gyms, offices, and more.  These chips can even be used to quickly share personal information (e.g. the kind you’d find on social media accounts) with other people’s phones.

Could the increasing normalization of microchipped humans be paving the way for social credit systems in places other than China, including freer countries like Sweden and the United States?

If a person is found to be reading or sharing “fake news,” for example, could this type of nanotechnology prevent someone from being able to drive their car, access their bank account, or take public transportation?

It is truly speculation at this point.  However, this “Big Brother-esque” technology is certainly becoming more and more advanced.  It is only a matter of time to see how these innovations will play out in public and private life.

(NaturalHealth365)  According to the American Cancer Society, “There is no information that END_OF_DOCUMENT_TOKEN_TO_BE_REPLACED