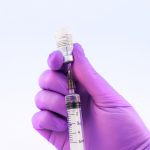 (NaturalHealth365) Since at least April 2021, officials (including the Pfizer CEO himself) have hinted at the eventual need for a COVID shot booster, thanks to so-called virus variants and the waning effectiveness of these experimental drugs.

But as Pfizer prepares to seek Emergency Use Authorization (EUA) for its booster mRNA jab, a stunning revelation from a team of Spanish researchers sheds a worrisome light on these jabs’ true ingredients.  So what have millions of people been unknowingly exposed to as a result of this massive drug trial?

But there is something else not listed on this ingredients list: a toxic compound called graphene oxide.

A team of researchers from Spain recently used spectroscopy and electron microscope analysis to assess the contents of the COVID shot vials.  Inside, they found “enormous doses” of this nanoparticle.  Graphene oxide was identified in samples from all the major Big Pharma players, including AstraZeneca, Pfizer, Moderna, Sinovac, Janssen, and Johnson & Johnson.  Certain COVID shot vials contained as much as 99% graphene oxide and not much else.

It’s not just the shots, either.  In their research, the Spanish team also discovered graphene oxide in the swabs used in PCR and antigen tests.  Graphene is even found in many conventional face masks.

It’s worth noting that in April 2021, the government of Canada explicitly urged people not to wear masks containing graphene due to the possibility that inhaling these nanoparticles “may pose health risks.”  Graphene, says Canadian health officials, has been shown to cause lung toxicity in animals.

With so much concern surrounding this toxic compound, why is it being foisted upon the public en masse?

According to its safety data sheet, there is “no data available” on the various toxicological effects of graphene oxide, including acute toxicity, carcinogenicity, reproductive toxicity, and skin and eye damage.  However, 2012 research published in the peer-reviewed journal ACS Nano concludes that inhaling these nanoparticles can cause lung inflammation and lead to lung cancer and pneumonia.

The Spanish researchers who discovered graphene oxide in COVID shots also note that this toxic compound can also:

One reason why graphene oxide has such devastating effects on human health, explain the researchers, is that it depletes a natural antioxidant in the body called glutathione.  Interestingly, numerous studies, including a comprehensive review published last year in Therapeutics and Clinical Risk Management, reveal that N-acetylcysteine (NAC), a precursor to glutathione, may help people with breathing problems.

(NaturalHealth365)  The Wall Street Journal (WSJ), an organization that reports the news, END_OF_DOCUMENT_TOKEN_TO_BE_REPLACED