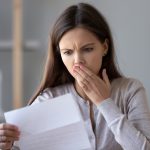 (NaturalHealth365)  No matter where people fall on the political spectrum, all of us should have reacted with worry and concern upon hearing that the U.S. Food and Drug Administration (FDA) wanted to wait over 75 years before releasing all the clinical data it relied on to authorize Pfizer’s COVID shot.  Why would any organization that claims to care about public health want to delay the release of such important information, including what types of adverse effects are being reported?

Fortunately, back in January, a Texas judge ordered the FDA to release all its data over the next eight months.  Thank goodness for this kind of transparency … and yet you’ll notice that instead of discussing this highly relevant “science” (at a time when officials are trying to impose the vax onto children as young as six months old), the mainstream media is surprisingly silent about the subject.

An attorney named Aaron Siri, working with the Informed Consent Action Network (ICAN) and on behalf of Public Health and Medical Professionals for Transparency, recently made 150 of the initial documents the FDA used to authorize the product available to the public.

Among these documents, one in particular, titled “Cumulative Analysis of Post-authorization Adverse Event Reports,” details a laundry list of adverse effects reported to the FDA following the initial Pfizer shot rollout through the end of February 2021.  Among the 158,893 events total reported, some specific health conditions include:

For the full (nine-page, single-spaced) list, check out Appendix 1 on page 30.  (See link below)

Naturally, you might wonder what the FDA’s response is to this information.  They write: “The data do not reveal any novel safety concerns or risks requiring label changes and support a favorable benefit-risk profile of the [Pfizer] vaccine.”

Adverse events include up to February 2021 only – but these shots are still being researched and administered to more people, including children

1p36 deletion syndrome is defined by the U.S. National Library of Medicine as a congenital genetic disorder that “causes severe intellectual disability.”  Most people with this condition “do not speak, or speak only a few words.  In addition, they may have temper tantrums, bite themselves, or exhibit other behavior problems.”  Many people with this condition also have weak muscle tone, problems swallowing, and structural problems with the brain, among other things.

We bring this up because, while rare, 1p36 deletion syndrome is caused by “a deletion of genetic material from a specific region … of chromosome 1.”  In other words, here we seem to have the FDA admitting to some kind of correlation between a genetic condition and the COVID shot … yet scientists around the world have been silenced for raising concern over the possible impact of these shots on human genes and DNA, let alone other aspects of human health.

Could this help explain why the director of the U.S. Centers for Disease Control and Prevention (CDC) recently admitted that the CDC had “too little caution and too much optimism” about the effectiveness of the COVID shot?

(NaturalHealth365)  As Big Pharma rolls out one COVID booster after another, a END_OF_DOCUMENT_TOKEN_TO_BE_REPLACED