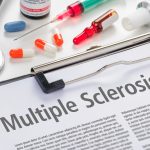 (NaturalHealth365)  According to the National Multiple Sclerosis Society, multiple sclerosis (MS) is a chronic inflammatory disease in which a person’s immune system mistakenly attacks their central nervous system, including the brain, spinal cord, and optic nerves.  It can lead to a wide range of signs and symptoms, from numbness and weakness in the limbs to blurry vision to bowel and bladder problems.

There are still so many unknowns about MS, which affects about 2.6 to 2.8 million people worldwide.  But recent research from Harvard University points to an unexpected potential cause: the Epstein-Barr virus (EBV).

Led by researchers at the Harvard T.H. Chan School of Public Health, a study recently found a “high prevalence of Epstein-Barr virus associated with multiple sclerosis.”

Senior author Alberto Ascherio said in an article published by Harvard that the “hypothesis that EBV causes MS has been investigated by our group and others for several years, but this is the first study providing compelling evidence of causality.”

The evidence came from an analysis of serum samples taken from 10 million U.S. soldiers over 20 years.  Of this cohort, around 1,000 were diagnosed with MS during their period of service.  After establishing the soldiers’ EBV status at the time of their first serum sample and tracking their medical histories, the Harvard researchers determined that the risk of MS was 32 times greater after infection with EBV.

Interestingly, this increased risk of MS “was not increased after infection with other viruses.” What’s more, the authors found that the serum levels of a biomarker of nerve damage typical in MS patients increased only after EBV infection.  Based on these findings, the authors conclude that their data indicate EBV is “the leading cause of MS.”

Right now, there is no way to prevent or treat EBV infection, Ascherio says to Harvard, but suggests that specific drugs or vaccines against EBV may help “prevent or cure” MS.

Never heard of the Epstein-Barr virus before?  Here are three things to know

Epstein-Barr isn’t a virus we hear about very often in the media, even though it is pervasive.  To help you understand more about this virus, here are three things you might not know about Epstein-Barr:

Signs and symptoms of an acute EBV infection, which usually occurs in childhood, are similar to those seen in other viral infections, including fever, fatigue, swollen lymph nodes, enlarged spleen and liver, and a skin rash.  But while acute infections are often easy to recognize, chronic, low-grade infections are much more difficult to identify.

If you suspect that EBV may be wreaking havoc in your body, seeking out an integrative physician may be your best bet, as they tend to be more familiar with how EBV infections work.  They understand that after exposure, EBV lies dormant in your body, even after the initial symptoms subside.

Keeping your immune function strong is a critical part of tackling EBV infections.   So, make your health a top priority.  After all, it’s a great foundation for a good life.

(NaturalHealth365)  The blue light from your smartphone screen, computer screen, and TV END_OF_DOCUMENT_TOKEN_TO_BE_REPLACED