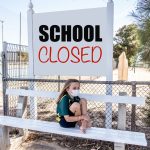 One unexpected voice questioning the narrative: a respected member of the advisory committee for vaccines for the country of Israel.  He was recently interviewed on the YouTube channel UnHerd about his thoughts on everything from herd immunity to jab passports to lockdowns.

Israeli COVID shot advisory board member: “We have made mistakes”

The interview, posted to YouTube on January 18, 2022, features Professor Cyrille Cohen, Head of Immunology at Bar Ilan University in Tel Aviv and, as noted, a member of the Israeli government’s advisory committee for vaccines.  In it, Professor Cohen admits to several “mistakes” that he believes he and his colleagues have made over the course of the pandemic, including:

As of January 25, 2022, this video is still available on YouTube.  Watch here to see the interview in its entirety:

Lest we forget: This is what the scientific process looks like

For some interesting context, consider this step-by-step definition of the scientific process from Highline College in Des Moines, Washington:

Of course, it’s not always possible to conduct perfectly designed “experiments” involving novel drugs, public health measures, and other more nuanced issues.  But Highline College goes on to highlight these features of what science truly is: namely, that it is unbiased, falsifiable, and reproducible:

Taking this into context, ask yourself: Is the scientific process being honored right now?

Of course, medical experts, researchers, and even elected officials seem to be doing their best to respect scientific discourse and due diligence, to hold pharmaceutical companies accountable, and have as much data as possible made available to the public in the name of informed consent.  But is this the norm – or the exception to the norm?  What do you think?

(NaturalHealth365)  Have you seen it?  Floating around the internet is an infamous END_OF_DOCUMENT_TOKEN_TO_BE_REPLACED

(NaturalHealth365)  If you avoided the jab – or at this point, the END_OF_DOCUMENT_TOKEN_TO_BE_REPLACED