Could your “mystery illness” be caused by pesticide poisoning? 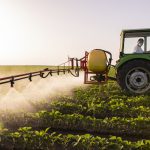 (NaturalHealth365) Imagine the following scenario: a white cloud of pesticide drifts from a nearby citrus grove and lands on your family’s new jungle gym.  Your youngest child gets sick, but the doctor can’t find anything wrong and deems it a “mystery illness.”

Unintentional acute pesticide poisoning is more common than you might think, especially among global farming communities or residents near agricultural centers.  But just how bad is it?  According to a recent study conducted by the BMC Public Health journal, there are roughly 385 million cases of acute pesticide poisonings around the world each year.  This number is up dramatically from the last global assessment in 1990, when there were an estimated 25 million cases.

Pesticide poisoning is described as a “slow death.” It has been linked to vomiting, painful skin irritations, debilitating headaches and dizziness, respiratory ailments such as asthma and bronchitis, learning problems, and attention deficit disorders.  In fact, a growing body of research indicates that chronic exposure to chlorpyrifos, a controversial neurotoxic pesticide widely used in California’s Central Valley, leads to brain damage in children.

According to the BMC Public Health journal review, the greatest number of non-fatal pesticide poisoning cases occurred in Southern Asia, followed by Southwest Asia and East Africa.  Moreover, it’s estimated that there are 11,000 fatalities a year from unintended pesticide poisoning, and roughly 60% of those fatalities take place in India.

While it’s shocking and shameful that pesticide poisoning has gotten worse rather than better in the last 30 years, it’s no surprise, either.  As pests’ resistance to old pesticides (DDT, for example) increased, so did Big Ags effort to effectively kill those pests.

Neonics, a class of pesticides first commercialized in the 1990s and popularized by Bayer and Syngenta, not only kill insects and pests but effectively wage war on human health.  Today, thanks to neonics and other potent pesticides, America’s agriculture is 48% more toxic than it was 25 years ago.

Gambling with lives: Pesticide poisoning is a public health crisis that must be addressed

More than 50 years ago, in her novel Silent Spring, the biologist and ecologist Rachel Carson warned that the war we are waging against nature with toxic pesticides is a war against ourselves.  It’s a toxic time-lapse that’s as true now as it was then.

Global action is long overdue.  While chemical company lobbying can explain much of the inaction … things can change.  We need new policies and protocols.  We need to push and petition for bans on dangerous pesticides.

Highly hazardous pesticides need to be phased out, and a shift to healthier and more resilient systems needs to take place.  Alternative farming strategies such as agroecology, integrated pest management, bio-control, natural pesticides, and organic agriculture can effectively ensure crop production without poisoning humans or contaminating the soil and water with toxins.

For more information on sound farming practices, check out this NaturalHealth365 Podcast with Jonathan Landsman and Joel Salatin.