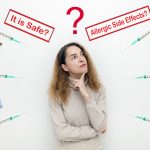 (NaturalHealth365)  Drug company executive Albert Bourla earned more than $24 million in 2021 – a whopping 15% increase compared to what he earned in 2020.  Of course, this is the same period in which thousands of Americans have faced devastating financial hardship, job loss, and insolvency due to the pandemic.

The multimillionaire CEO is also making headlines recently for another reason: brazenly labeling people who have made the personal choice not to get his company’s (first dose, second dose, first booster, second booster …) mRNA COVID shot as “criminals.”

Fuel to the fire: Pfizer CEO openly stereotypes Americans who don’t buy into the “safe and effective” narrative of his company’s highly profitable COVID shot

In what can be considered a shameless attempt to marginalize people who question or choose not to get the vaccine, the famous CEO recently said in an interview with the Canadian Broadcasting Corporation that he believes people who spread “misinformation” about the COVID shots are “criminals.”

Bourla cites a man who shared a story of his loved one’s death post-jab, saying, “they literally cost lives.  They know what they are saying is a lie.”

It’s a bold statement coming from the CEO of the very company that is famous for paying the largest criminal fine in history and, more recently, committing fraud in clinical trials of the COVID shot (as described in a November 2021 investigation published by the prestigious BMJ).

Bourla’s harsh accusation is even more egregious when we consider the major concerns raised about the true “safety and efficacy” of the mRNA COVID jabs – as revealed in the U.S. government’s vax safety surveillance data as well as newly released data from the U.S. Food and Drug Administration (FDA).

Certainly, these adverse effects listed in VAERS and the FDA need to be appropriately investigated to establish causation and not only correlation.  But, for a drug executive to label people who are bringing to light these correlations as “criminals” is a dangerous precedent.  It’s almost as if Big Pharma expects people to blindly “follow the science” without considering that the “science” is proven to be flawed, biased, and unsettled.

We would be remiss to forget that the COVID jabs were initially sold to the public as the only way to “end the pandemic” and “save your grandmother” by preventing transmission of SARS-CoV-2.  Yet it quickly became evident that “breakthrough cases” of COVID-19 were not rare and that being “fully vaxxed” did not prevent transmission.

So, the question remains: are people really “criminals” for questioning such an experimental product?  (Just imagine how angry you would feel if you gave your dog three or four doses of the rabies vaccine in one year and then your pet still got rabies.)

In any case, it’s now obvious that despite the initial self-righteous posturing and virtue signaling of many people who chose to get the first two doses of COVID shots, fewer and fewer Americans are buying into this Big Pharma narrative.  According to March data from the U.S. Centers for Disease Control and Prevention (CDC), only about half of Americans who are eligible for a booster COVID shot have received one.

And we say to these individuals – congratulations, you are now exercising the exact freedom of choice that vax-free people have been championing all along: the freedom to choose what to inject (or not) into your body.

And yes, you two-dose-only folks are no longer considered “fully vaxxed.”  But, does this mean you should be shamed, de-platformed, forced out of work, and kept out of society?  Of course not!

Personal healthcare decisions are just that … personal, and your choices should be respected.

(NaturalHealth365)  According to the American Cancer Society, “There is no information that END_OF_DOCUMENT_TOKEN_TO_BE_REPLACED