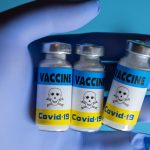 (NaturalHealth365)  The mainstream media claim that the COVID shot rollout and mandate were “never about” stopping transmission of SARS-CoV-2 (and only about reducing pressure on hospital systems and preventing deaths) is nothing more than a highly propagandized attempt to gaslight the American public.  In reality, government and pharmaceutical leaders were adamant early in the pandemic that pushing these new mRNA jabs onto as many people as possible was the “only” way out.  Even President Biden once claimed that a person wouldn’t get COVID if they were jabbed.

At this point, however, it is painfully clear that this is no longer true.  In fact, breakthrough cases are surprisingly common (just imagine if any other “vaccine” in history had such a poor track record).  And in the UK, grim data about who is dying with COVID-19 paints an entirely different perspective on the so-called safety and effectiveness of these novel drugs.

A recent UK Health Security Agency report reveals that fully vaxxed individuals in the United Kingdom account for 9 out of 10 COVID-19 deaths between January 24 and February 20, 2022.  Of these, 4 out of 5 are among triple jabbed folks (i.e., those with two doses and a “booster,” to use the somewhat euphemistic term, since a booster dose is simply an additional dose of the original shot … necessary not because the shots don’t work, officials claim, but only because the shots stop working after about five months … as if that isn’t a red flag).

Fully vaxxed individuals are also the overwhelming majority of people hospitalized with a COVID-19 positive diagnosis and simply being diagnosed with COVID-19 during this reporting period.  Meanwhile, the number of individuals in England dying with COVID-19 and did not receive any vax is on a clear downward trend.

As reported by the Daily Expose, UK data reveals that:

Does this sound like a drug you would be willing to take a risk on?

The drug efficacy drops precipitously after just a few months.  There are no long-term safety data.  According to The Lancet, the absolute risk reduction of the Pfizer shot is less than one percent (which sounds a lot less impressive than the relative risk reduction that is usually discussed in headlines and sound bites).  Reported side effects include heart inflammation, Bell’s palsy, and thrombocytopenia (to name but a few).

And in a way, all of this is a moot point.  Even if these drugs were 100% safe and effective, many ethicists and other critics would argue that forcing people to take drugs is wrong.

Everyone deserves to make informed medical decisions for themselves and their children.  That people have been systematically coerced into taking these drugs will go down as one of the greatest crimes coming out of the novel coronavirus pandemic.

(NaturalHealth365)  Is the COVID shot necessary for kids?  We know most people END_OF_DOCUMENT_TOKEN_TO_BE_REPLACED

(NaturalHealth365)  As Big Pharma rolls out one COVID booster after another, a END_OF_DOCUMENT_TOKEN_TO_BE_REPLACED