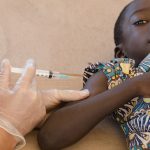 (NaturalHealth365) When mainstream media has its way, any criticism of billionaire computer geek – turned so-called global health expert – Bill Gates is quickly quashed with accusations of “conspiratorial arrogance.”  But when even the World Health Organization (WHO) is forced to acknowledge that a polio vaccine funded by Gates is responsible for a polio outbreak, it’s nearly impossible not to feel alarmed by the billionaire’s huge presence in the worldwide medical sphere.

The outbreak in Africa is one of at least two dozen confirmed episodes of vaccine-derived polio outbreaks throughout the world over the past five years, affecting countries ranging from the Phillippines to Ukraine … and despite this news, we’re supposed to depend on a Bill Gates-backed COVID vaccine (rushed to market) – which “hopefully” restores life as usual after the coronavirus pandemic?!

Over a dozen cases: Polio outbreak in Africa linked to polio vaccine funded by Bill Gates

On September 1, 2020, the WHO announced on their website that just one month prior, the Federal Ministry of Health in Sudan notified the troubled organization of an emerging “vaccine-derived” polio outbreak, caused by what’s known as poliovirus type 2, or cVDPV2.  Sudanese officials so far have identified two young children suffering the effects of the vaccine.

“The first case,” reports the WHO, was a four-year-old child who experienced “onset of [acute flaccid paralysis] on 7 March 2020 … in South Darfur,” located in Western Sudan. The next child to become paralyzed by a vaccine was a three-year-old from “Shari city of AI Gedarif locality in Gedarif state in the east, close to the border with Eritrea and Ethiopia.”

In just the month of August alone, a total of 13 cases of cVDPV2 have been reported all over Africa, including the areas of the Red Sea, West Darfur, East Darfur, White Nile, River Nile, and Gezira. These cases are genetically linked to another vaccine-derived outbreak detected back in October 2019 and currently circulating in Chad and Cameroon.

Myth buster: Far from eradicated, sickness is raging in certain parts of the world directly as a result of Gates-funded vaccines, experts say

Vaccine manufacturers and their backers – including the Bill and Melinda Gates Foundation – long tout the importance of vaccines to prevent communicable diseases and save lives around the world, especially in more vulnerable populations such as Sub-Saharan Africa.

And yet it’s clear from recent reports that this isn’t always the case.  To be blunt, many people greatly doubt the “good intentions” of Bill Gates and see him merely as a profiteer – making billions of dollars due to his vaccination agendas.

The problem is so concerning that a virologist from the U.S. Centers for Disease Control and Prevention, Mark Pallansch, admitted in a Science magazine interview from last year that because of widespread use of newer, more powerful polio vaccines, “[w]e have now created more new emergences of the virus than we have stopped.”

According to a recent report from Nature, cases of wild polio in Africa are virtually non-existent since 2016, but over 400 cases of polio caused by the vaccine have been documented in 20 countries around the world in just the last year (August 2019 to August 2020).

That’s right!  We have it from the highest authority that vaccines are spreading virulent strains of a potentially deadly virus.  We’ve had official reports of this for years, in fact. In light of this frightening reality, we have to wonder:

Will officials really keep denying the serious risks of forcing mass vaccination of a hastily-made COVID vaccine onto the unsuspecting (and perhaps all-too-trusting) public?

(NaturalHealth365)  According to the American Cancer Society, “There is no information that END_OF_DOCUMENT_TOKEN_TO_BE_REPLACED