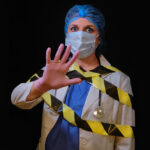 (NaturalHealth365)  Medical professionals far and wide are finally coming out of the woodwork to reveal the truth about the COVID shots.  Slowly but surely, the medical industry and even some mainstream media outlets are beginning to shine the spotlight on the dangers of COVID injections.

One of Australia’s most respected medical professionals, Dr. Kerryn Phelps, has bravely stepped forward to tell her story.  Dr. Phelps and her wife both suffered significant injuries after COVID injections.  The admission is especially noteworthy as Dr. Phelps is the former Australian Medical Association President.

Dr. Phelps slammed regulators, accusing them of trying to steer the public toward adverse health outcomes, even going as far as issuing threats against physicians who dared to speak out against the injection program.  The criticism is especially striking as Phelps was previously a fervent supporter of coronavirus injections for people in both older and younger cohorts.  However, now that Phelps has suffered an injury and revealed her wife suffered a significant health setback after getting the vax, her tune is changing.

Phelps is now laser-focused on highlighting the truth about the vax program, noting how adverse health events after injection are underreported.  Furthermore, Phelps insists medical authorities have issued threats for voicing criticism of the shot and deviating from the official narrative.

The doctor’s health setbacks spurred by the shots began after the first injection and continued long after the second dose.  Phelps received the second Pfizer shot in the summer of 2021, developing dysautonomia soon thereafter.  According to the Cleveland Clinic, “dysautonomia is a general term for a group of disorders that share a common problem – that is, an autonomic nervous system (ANS) that doesn’t function as it should.”

Phelps endured fevers, breathlessness, heart issues, blood pressure changes, and sinus tachycardia.  Though the doctor reached out to the Therapeutic Goods Administration to report the side effects, no action was taken.

Phelps is now pushing for the Australian parliamentary committee to conduct a comprehensive study of the risks posed by mRNA COVID shots.  If the truth was allowed to prevail in our dystopian, controlled society, the committee’s study would confirm that the dangers of the shot extend far beyond mere myocarditis.  Phelps and her wife make it crystal clear that they both endured lengthy side effects after receiving the Pfizer jab.  Burning sensations along the gums and the rest of the face minutes after injection were only the beginning of a long and painful journey.

Phelps’ wife also suffered numb feet, numb hands, and extended fatigue.  In addition, the doctor makes no secret that the shot caused her to suffer nerve pain, diminished sense of smell, inflammation, and even vision problems.  Phelps reached out to other medical professionals throughout the industry who affirmed her reports of side effects, noting they have observed similar reactions in other patients.

If Phelps has her way, regulators of the medical space will step forward, admitting the coronavirus shot is harmful to public health.  The doctor also hopes threats to physicians regarding punishment for making public statements at odds with the accepted narrative will cease.  It is clear that physicians who carry out their Hippocratic oath are developing animosity toward Big Government and Big Pharma with each successive booster.

Stay tuned as the truth is revealed in the weeks and months ahead.

(NaturalHealth365)  The Wall Street Journal (WSJ), an organization that reports the news, END_OF_DOCUMENT_TOKEN_TO_BE_REPLACED