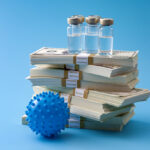 (NaturalHealth365)  It is often said that following the science is the path to progress.  Science has emerged as our civic religion in less than a couple of centuries.  However, if you take a close look at the track records of science-based corporations such as Pfizer, you will find a strict adherence to science is fallible.

In the fall of 2021, Albert Bourla, the CEO of Pfizer, claimed that professionals in the medical industry willingly spread misinformation that falsely critiqued his company’s vax narrative.  Bourla went as far as describing the supposed spreading of half-truths as criminal yet conveniently overlooked Pfizer’s own criminal past.

Trusting the science can be a costly mistake

Turn on the TV, visit a mainstream news website or engage in discussion with a coworker, and you’ll likely hear plenty of praise for the likes of Pfizer and Moderna.  The pharmaceutical industry has been worshiped simply because the masses have largely abandoned traditional religion, turning to science as a convenient replacement.  Unfortunately, the civic religion of science is built atop misinformation, disinformation, and bald-faced lies.

When in doubt, follow the trail of money.  Big Pharma prioritizes the maximization of shareholder value over advancing the human condition.  Do some digging into Pfizer, and you’ll find it has a history of corruption and fraud.

In short, Pfizer and Moderna are not our saviors during these tumultuous times.  Making the situation even more tenuous is that the iron triangle of Congress, corporate America’s special interest groups, and government regulators empower Big Pharma to do as it pleases with minimal restriction.

It is clear that Pfizer and its fellow Big Pharma crooks have captured the beltway through soft money political donations.  Big Pharma will continue lobbying Congress to influence legislation and decrease regulation that takes a bite out of the all-important bottom line.

Perhaps it is time to call out politicians in the pocket of Big Pharma and instead support those who refuse soft money donations and stand up to the corruption.

Change starts at the local level

As noted by Pfizer CEO Albert Bourla, the criticism of his company began when a small group of doctors and other medical professionals drew attention to the contents of the company’s COVID shot.  Bourla has not proven that such critiques constitute misinformation.  The irony is Pfizer is the entity with a proven criminal track record.

The small group of physicians and other medical professionals who bravely stepped forward to question Pfizer should not cower in fear as Bourla goes on the offensive.  Rather, these justice warriors should double down, highlighting how Pfizer paid upwards of $215 million to settle lawsuits stemming from its faulty heart valves that caused nearly 700 premature deaths.  Pfizer critics should also spread the word about how the company shelled out more than $10 million to settle claims that the company wasn’t forthright when seeking approval from federal regulators to sell its mechanical heart valve.

We would be remiss not to mention that Pfizer’s experimental medication given to 200 kids in Nigeria back in 1996 caused 11 deaths and a litany of adverse health outcomes, including brain damage.  The moral of this story is that the battle against Big Pharma is akin to a modern-day David versus Goliath.

Get the word out about Pfizer’s criminal past, group together against corporate tyrants like Pfizer, and the underdog will prevail.

(NaturalHealth365)  The Wall Street Journal (WSJ), an organization that reports the news, END_OF_DOCUMENT_TOKEN_TO_BE_REPLACED