Protect brain health and lift mood with this natural compound 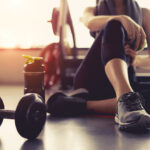 (NaturalHealth365)  Athletes and bodybuilders are always on the lookout for new products that can enhance workouts by promoting strength and stamina.  One of these – a natural compound known as agmatine – is currently enjoying a surge in popularity as a pre-workout supplement.

As it turns out, agmatine may be useful for a lot more than simply “powering up” an exercise regimen.  A scientific review showcases agmatine’s surprising ability to protect brain cells, sparking hope that it may help prevent neurodegenerative diseases and assist in the recovery of brain injury patients.  Let’s look at the intriguing research – and the many-faceted potential benefits of agmatine.

You may have heard of the term “bro-science,” the colorful nickname for the (non-scientific) body of data regarding popular supplements and techniques used in fitness, bodybuilding, and training.  These claims and beliefs are generally not backed by solid research and may be exaggerated – or even completely false.  But agmatine, although it may have its share of “bro-scientist” fans, appears to have impressive legitimate researchers as well with its potential benefits.  These include promoting healthy circulation, supporting cognitive function, lifting mood, and even relieving neuropathic pain.

Also known as 4-aminobutyl-guanidine, agmatine is produced in the body from arginine, an amino acid found in pork, poultry, chickpeas, and lentils.  It has antioxidant and anti-inflammatory effects – meaning it can scavenge harmful free radicals that cause oxidative damage to organs and tissues.  It is believed to enhance workouts by increasing levels of beneficial nitric oxide, thereby dilating blood vessels and promoting healthy circulation.

Agmatine is also thought to activate the release of pain-killing, mood-lifting endorphins, which can boost motivation and mood and make people more inclined to exercise.  In addition, this compound may block aged glycation end products, the potentially carcinogenic compounds produced in the body upon consumption of charcoal-broiled or well-done meats.  Finally, agmatine is believed to down-regulate matrix metalloproteinases (or MMPs), tissue-degrading enzymes that can facilitate the spread of malignant tumors.

Can agmatine play a role in easing pain?

Scientists report that agmatine works against the glutamate receptors that affect pain perception.  Preliminary studies have supported its ability to reduce pain and strengthen the pain-killing effects of prescription opioids, triggering hope that agmatine could help reduce the amount of medications needed and decrease the possibility of addiction.

In a controlled trial published in Pain Medicine, researchers found that agmatine sulfate significantly relieved the pain of herniated lumbar disc-associated radiculopathy (in other words, painful nerve dysfunction caused by spinal compression) – without causing serious adverse events.  The scientists credited the supplement with being a “safe and effective treatment for alleviating pain and improving quality of life.”  In a separate review published in 2021 in Neurochemical Research, researchers credited agmatine with treating idiopathic pain (chronic pain with no clear medical cause) and improving stress-mediated behavior.

Supplementation with this compound may help lift mood

Some natural healers advise agmatine to promote a calm, stable mood and ease routine anxiety.  Supplementation is believed to help activate serotonin, the “feel good” chemical in the body while decreasing levels of cortisol (the “stress” hormone, which naturally increases during times of duress).  While more research is needed, some small studies have suggested that agmatine can reduce depressive symptoms.

In a recent review published in the European Journal of Neuropsychopharmacology, reviewers went “on the record” to credit it with antidepressant effects.  Incidentally, agmatine may help regulate blood sugar – a benefit that could help alleviate the mood swings that can accompany after-meal blood sugar “spikes.”

Agmatine may help alleviate the effects of neurodegenerative diseases

Agmatine has been found to have “positive effects” on Parkinson’s and Alzheimer’s diseases and is also believed to help protect against ischemic stroke.  Its reported ability to ease symptoms of morphine withdrawal could make it a valuable weapon in the battle against drug addiction, while its ability to protect brain cells gives it the potential to help patients with traumatic brain injuries.  In a 2018 study published in Human and Experimental Toxicology, researchers noted that agmatine can help protect brain cells from the oxidative stress and inflammation caused by laboratory-induced Parkinson’s disease.  The team found that agmatine significantly improved motor activity, leading to increased performance on tests, and reduced markers of inflammation such as interleukin and tumor necrosis factor.

Natural healers may recommend amounts ranging from 150 mg to 2,000 mg a day.  Naturally, consult your integrative physician before supplementing.  (Pro tip: Look for an agmatine sulfate formulation sold by a reputable, trusted vendor.  For maximum absorption, avoid taking agmatine together with any type of protein).

While more research is needed, agmatine appears to have the capacity to benefit people in varying states of health – from athletes in tip-top physical condition to elderly patients affected by neurodegenerative conditions such as Alzheimer’s disease.  Hopefully, the potential of this fascinating nutraceutical will soon be fully explored.

(NaturalHealth365)  Horsetail – a tall, shaggy weed that grows in wetlands and END_OF_DOCUMENT_TOKEN_TO_BE_REPLACED

(NaturalHealth365)  Menopause is a natural part of getting older, signaling the end END_OF_DOCUMENT_TOKEN_TO_BE_REPLACED

(NaturalHealth365)  According to the American Association of Endodontists, more than 25 million END_OF_DOCUMENT_TOKEN_TO_BE_REPLACED