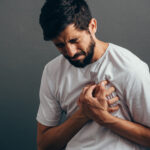 (NaturalHealth365)  As the world begins to witness more and more harmful side effects of mRNA COVID shots, Big Pharma is busy getting ready for another fall and winter season, as evidenced by Pfizer busily researching its brand new mRNA flu shot – who didn’t see that coming, right?

In the meantime, the world is also beginning to learn about some serious possible risks associated with other COVID-19 treatments, including one drug that was first authorized back in December 2021: PAXLOVID, otherwise known as nirmatrelvir-ritonavir (NMVr).  Concerned citizens and critical thinkers are asking yet again: do the potential benefits of a drug like this truly outweigh known and unknown risks?  And is that cost-benefit ratio being appropriately evaluated?

According to the U.S. Food and Drug Administration (FDA), Paxlovid is an oral antiviral treatment containing tablets of nirmatrelvir and tablets of ritonavir.  These two antiviral drugs come with plenty of possible risks on their own.  For example, the U.S. Centers for Disease Control and Prevention (CDC) writes that ritonavir can “cause serious, life-threatening side effects,” including “inflammation of the pancreas (pancreatitis), heart rhythm problems, severe skin rash, and allergic reactions, liver problems, and drug interactions.”

Despite these risks, the U.S. government authorized the use of Paxlovid “for the treatment of mild to moderate COVID-19 in adult and pediatric patients age 12 years and older weighing at least 40 kg, with a positive SARS-CoV-2 test, who are at high risk for progressing to severe COVID-19,” as noted by the Department of Health and Human Services.

And here’s the rub:

A recent study published in the Journal of the American College of Cardiology points out that people who have or are at greater risk of cardiovascular disease are more likely to develop serious COVID-19 and “as a result have a higher likelihood of receiving [Paxlovid].”

Unfortunately, the researchers continue, many drugs that are “commonly used to manage cardiovascular conditions can potentially cause significant drug-drug interactions [with Paxlovid] and may lead to severe adverse effects.”  In other words: the people most likely to allegedly “benefit” from Paxlovid are also most likely to be taking drugs that can dangerously or even fatally interact with Paxlovid.

These concerns are certainly well-founded.  As reported by The Gateway Pundit, research from Harvard University and other institutions has also shown taking Paxlovid can lead to:

Other adverse reported effects of Paxlovid include diarrhea, muscle pain, malaise, and anaphylaxis.  Additionally, the ritonavir found in Paxlovid has been found in cord blood, hair samples of infants, and breast milk, and it may reduce the effectiveness of oral hormonal contraceptives; animal studies on ritonavir have also suggested an elevated cancer risk at high doses.

With so many possible harmful drug interactions, who is this Paxlovid drug really for?

Of course, the FDA adds that “[a]dditional adverse events associated with PAXLOVID may become apparent with more widespread use” (emphasis ours).

Ah, yes, the old use-the-global-population-as-unwitting-experimental-subjects approach.  It seems inevitable that the same mass experimentation will occur for the new mRNA flu shot, which Pfizer is currently studying as part of a Phase 3 trial (capitalizing, no doubt, on the momentum they’ve enjoyed from their highly profitable mRNA COVID shot).

To be clear, we’re not saying that Pharma should never be able to research and develop new drugs.  What we are saying is that no individual should be coerced into taking drugs nor penalized (socially, occupationally, or financially) for choosing not to take drugs, whether they’re brand new or otherwise.  Coercive mass vax programs and medical autonomy are simply mutually exclusive – full stop.  Let’s hope more people stand up for bodily freedoms as the future wave of gene-based drug development approaches.

(NaturalHealth365)  The Wall Street Journal (WSJ), an organization that reports the news, END_OF_DOCUMENT_TOKEN_TO_BE_REPLACED